The U.S. Energy Information Administration (EIA) has used Evaluate Energy data to show that the finding costs for 116 global exploration and production companies hit a 10-year low in 2018, while finding and lifting costs combined were similar to costs recorded in 2017. This was just one conclusion in the EIA’s oil and gas annual financial review, which is all built using data available through an Evaluate Energy subscription.

Among it’s other key findings:

The EIA’s annual review is available to download at this link.

For more on the benefits and features of an Evaluate Energy subscription and to find out how to conduct similar analysis yourself using our tools, click here to sign up for a demonstration.

A new report from Sproule, the Daily Oil Bulletin and Evaluate Energy shows how, among Latin American nations, Brazil has secure by far the highest level of M&A investment in upstream oil and gas.

The full report, which looks at the past five years of deal activity and the key drivers in Brazil, Argentina, Colombia and Mexico, is available to download here.

Led chiefly by investment from Norway’s Equinor ASA, over the past five years Brazil has received $12.4 billion in asset and corporate deals or farm-in agreements. Only 9% of 2019 Latin American deals up to and including April 30, 2019 involved assets outside of Brazil. Brazil has also enjoyed a great deal of success in bidding rounds.

A new report from Sproule, the Daily Oil Bulletin and Evaluate Energy shows how politics and fluctuating oil prices continue to dominate headlines and influence appetite for investment in Latin America’s upstream oil and gas industry. 3. Brazil remains the clear leader in terms of the value of M&A deals, while Colombia has seen the largest number of deals agreed.

4. Equinor (formerly Statoil) is the key driver behind deal activity in Brazil since 2014. The company has invested $5.3 billion in Brazilian asset acquisition since the latter half of 2016.

5. Canadian companies dominate in Colombia. Of the 73 M&A deals in Colombia between 2014-2018, more than 50% involved an acquiring company headquartered in Canada at the time of the deal.

Evaluate Energy’s review of Q1 M&A activity sheds further light on the rapid growth of one U.S. oil and gas player operating in the Appalachian Basin.

Thanks to its latest acquisition, for $400 million, Diversified Gas & Oil Plc now produces more than 90,000 boe/d. That deal saw them pick up 20,700 boe/d in assets in Pennsylvania and West Virginia from HG Energy II Appalachia LLC.

The purchase is Diversified’s second largest, behind a $575 million acquisition in June last year from EQT Corp. Two years ago, Diversified produced under 7,000 boe/d.

Low oil prices and changing spending priorities were the two main causes. The full report is available now at this link. While upstream spending in Canada ground to a halt almost entirely, assets in the United States attracted the bulk of Q1 activity, accounting for 60% – or $5.9 billion – of global upstream spending.

Equally, the highest price M&A activity was an offer made by a hedge fund to acquire Permian Basin producer QEP Resources Inc. that is just one option being considered by the target company.

If this deal comes to nothing, Q1 2019 would be the worst individual quarter for U.S. upstream deal-making over the last 10 years.

Evaluate Energy’s M&A review for Q1 2019 is available to download now and includes analysis on the following:

In another year where North American deals dominated upstream M&A activity, Evaluate Energy’s latest Global M&A review shows that Canada saw US$11.2 billion in new deals announced in 2018. The full M&A review can be downloaded at this link.

This US$11.2 billion appears a major drop from the total value of deals in 2017 (US$32.0 billion) – this value, however, was skewed by a handful of major oilsands sector deals in the first quarter worth a combined US$24.3 billion. 2018 almost had a major oilsands deal of its own – that is, before Husky Energy’s attempted US$4.9 billion takeover of MEG Energy was terminated last week. Husky decided that it would not extend the offer that expired Wednesday without receiving the necessary two-thirds support.

“Husky’s share price rose immediately after this announcement by 13%, which arguably shows that Husky’s shareholders were not enamoured with a deal taking place in the current pricing environment,” said Eoin Coyne, Evaluate Energy’s senior M&A analyst and author of the Evaluate Energy 2018 review.

Evaluate Energy’s M&A review of upstream deals in 2018 is available at this link. The report includes details on global deal-making trends, the largest upstream deals of the year in Canada and around the world, as well as an in-depth look at a huge year for deals in the United States.

Despite some positive signs of stability in oil and gas markets during 2018, the overall M&A spend in the upstream sector globally fell to its lowest level in at least a decade. The value of announced upstream deals reached just $132 billion; a 12% decline on the $151 billion recorded the year prior even though oil prices enjoyed their best year since the 2014 price downturn.

This was the key conclusion in Evaluate Energy’s global M&A review for 2018, which can be downloaded here now. “One crumb of comfort was evident in the increased level of underlying M&A activity,” said report author Eoin Coyne, a senior M&A analyst at Evaluate Energy. “The number of ‘significant’ deals – those with a value greater than $10 million – increased year-on-year by 9.5%, reaching their highest level since 2014. Similar increases were visible in the number of deals greater than $50 million and $100 million.”

While global values fell, the United States in particular had a big year.

“As usual, North America dominated global deal values,” he added. “Just over $93 billion in new deals were announced in the U.S. and Canada, representing 71% of the global $132 billion total. The U.S. saw the world’s four biggest deals as part of the $82 billion contributed within the U.S. That’s a 24% increase over the $66 billion in new U.S. deals in 2017.” For detailed analysis on the world’s biggest upstream M&A deals this year, download the Evaluate Energy M&A review of 2018 at this link.

According to data available in the Daily Oil Bulletin’s latest guidance report, Painted Pony Energy Ltd. is set to cut its capital spending this year by a greater margin than any other North American natural gas-focused producer (see note 1).

The latest weekly corporate guidance review from the DOB can be accessed at this link. This week’s edition includes data for 67 Canadian- and U.S.-based upstream companies, along with a detailed look at recent guidance announcements from Husky Energy Inc., Baytex Energy Corp. and Whitecap Resources Inc., among others.

Comparing final guidance for 2018 and latest guidance for 2019, Painted Pony expects its capital expenditures to fall by around 34%, a much greater margin than any of the other 18 natural gas-focused producers to have reported 2019 guidance in North America so far. Cost efficiency and capital discipline is the clear focus for Painted Pony: “Establishing a range of capital spending in 2019 and a commitment to limit spending to match anticipated internally generated adjusted funds flow from operations provides Painted Pony the flexibility to shift capital spending based on changing market prices,” said Pat Ward, president and CEO of Painted Pony.

For a demonstration of the Evaluate Energy North American guidance product, click here.

Note
1) Any company with a portfolio that was made up of more than 50% natural gas in Q3 2018 is included here as a “natural gas-focused producer.”

Research conducted on a group of energy companies by the U.S. Energy Information Administration (EIA) has shown that free cash flow– the difference between cash from operations and capital expenditure – was $149 billion for the four quarters ending September 30, 2018.

This analysis was part of EIA’s Financial Review of the Global Oil and Natural Gas Industry for Q3 2018, a report compiled using financial and operating data supplied by Evaluate Energy. The full list of companies included in the study group can be found in the EIA’s report.

This $149 billion was the largest four-quarter free cash flow sum seen across the entire the five year period between 2014 and 2018 and is a clear continuation of recent trends, as shown in the EIA’s chart below. While the group’s capital spending has slowly increased over the past two years, it has been consistently outstripped by increases in cash from operations.

Stronger oil prices in 2018 are the main cause behind the increase in cash generated from operations, but this growth in free cash flow is also caused by a combination of factors that have shifted the group’s focus away from capital spending. Some companies are buying back shares, while some are stockpiling cash and exercising caution when it comes to capital budgets. Other companies are continuing to pay off debt; EIA’s report also shows that it is now eight quarters in a row where debt for the study group was reduced.

A closer look at the Evaluate Energy data that was used to build the EIA report shows that it was unsurprisingly the world’s larger companies that had the largest levels of free cash flow.

This sustained debt reduction contributed to Q3 seeing the lowest long-term debt-to-equity ratio (40%) for the group since third-quarter 2014.

This analysis was part of EIA’s Financial Review of the Global Oil and Natural Gas Industry for Q3 2018, a report put together using financial and operating data supplied by Evaluate Energy.

Of the group that the EIA studied for this quarterly review, a closer look at Evaluate Energy’s data shows that only five companies reduced debt by more than 10% in Q3 2018 compared to Q2 2018.

The greatest reductions in debt in pure dollar terms were predictably among the bigger companies of the EIA’s study group. Brazil’s Petrobras reduced gross debt by $3.6 billion between Q2 and Q3 2018, while Russia’s Rosneft, Chevron and PetroChina were close behind with respective reductions of $2.7 billion, $2.4 billion and $2.4 billion.

The full EIA report, along with the entire list of companies that were used to create the analysis above, is available to download from the EIA at this link.

Click here for a demonstration of the Evaluate Energy database that was used by the EIA to create the report. 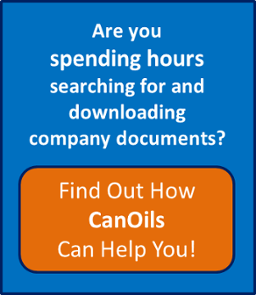