A handful of North American oil companies were happy to take on significantly more risk in 2019 in their pricing strategy per barrel – and would have suffered greatly in the price drop of early 2020.

The latest hedging data from Evaluate Energy illustrates that producers were using more three-way collars by the end of 2019 than in years prior, relative to other derivative arrangements such as standard two-way collars or fixed swaps. 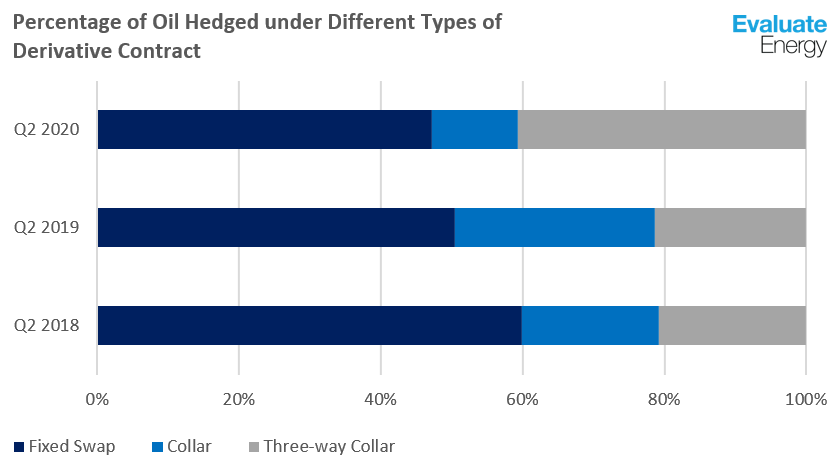 This meant that while these North American producers would be protected during more stable pricing periods, a period of steep pricing cuts would leave them exposed to a far greater extent.

Importantly, however, the data shows that the move to three-way collars was not an industry-wide trend, with only a small number of producers taking on this extra risk. 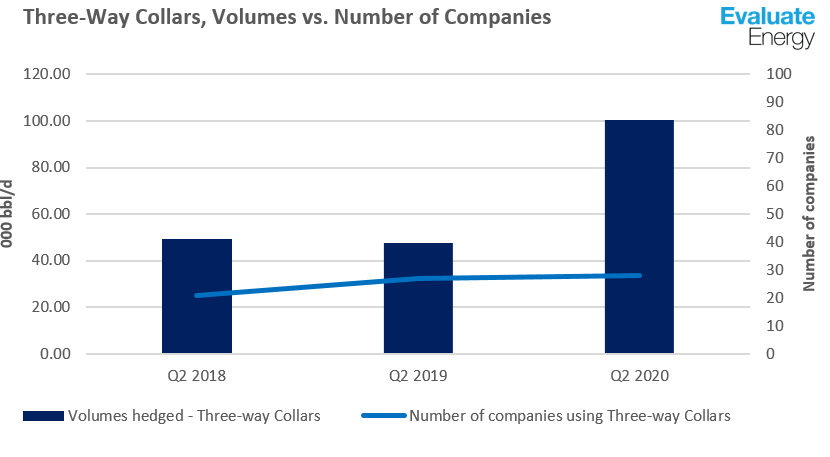 2019 represented a greater level of oil pricing stability at higher rates than upstream companies had seen in recent years.

“In times of oil price stability, a three-way collar represents an attractive, cheaper option for oil producers,” added Li. “Unlike more expensive standard collar arrangements, which operate between a ceiling price and a floor price, a three-way collar brings in an extra short-put component to the equation, introducing a ‘sub-floor’ price. The increased risk in a three-way collar is that if the commodity price benchmark in question falls below this ‘sub-floor’ after already passing the floor price, the producer is no longer protected by the floor as with a standard collar.”

“While volumes increased under three-way collar arrangements at the end of 2019 for Q2 2020 and beyond and prices indeed stabilized over time, our data shows that most companies decided that the cost reductions through entering three-way collars was not worth the risk. This will have saved many oil hedgers further turmoil in the recent price plunge in early 2020.”