A new report from Sproule, the Daily Oil Bulletin and Evaluate Energy shows how, among Latin American nations, Brazil has secure by far the highest level of M&A investment in upstream oil and gas.

The full report, which looks at the past five years of deal activity and the key drivers in Brazil, Argentina, Colombia and Mexico, is available to download here.

Led chiefly by investment from Norway’s Equinor ASA, over the past five years Brazil has received $12.4 billion in asset and corporate deals or farm-in agreements. Only 9% of 2019 Latin American deals up to and including April 30, 2019 involved assets outside of Brazil. 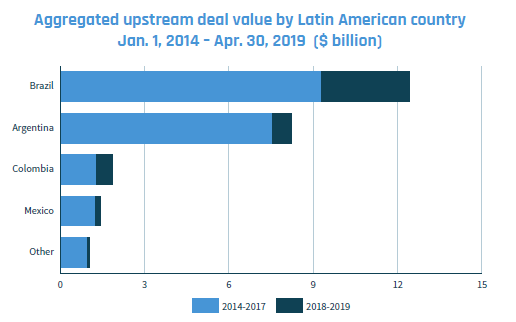 Brazil has also enjoyed a great deal of success in bidding rounds.