Gran Tierra Energy Inc. (TSX:GTE) recently agreed a US$84 million deal to acquire Petroamerica Oil Corp. (TSX-V:PTA), a deal which will expand Gran Tierra’s position in the Llanos and Putumayo basins of Colombia. Analysis of M&A deal history in CanOils’ latest report “Canadian Upstream M&A Reaches Cdn$2.7 Billion in November 2015” shows that these basins have proven to be popular acquisition targets for Canadian oil and gas companies over the past few years. No fewer than nine TSX and TSX-V listed companies have made an acquisition in these basins since 2012:

Parex Resources Inc. has been the most active company in terms of number of acquisitions announced, having agreed 10 separate deals in the four year period. 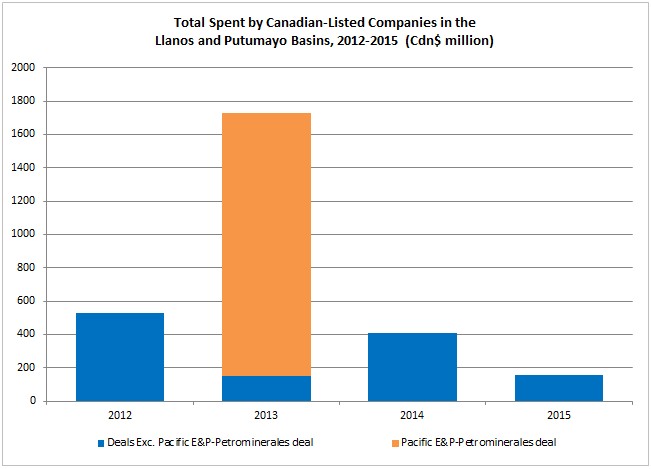 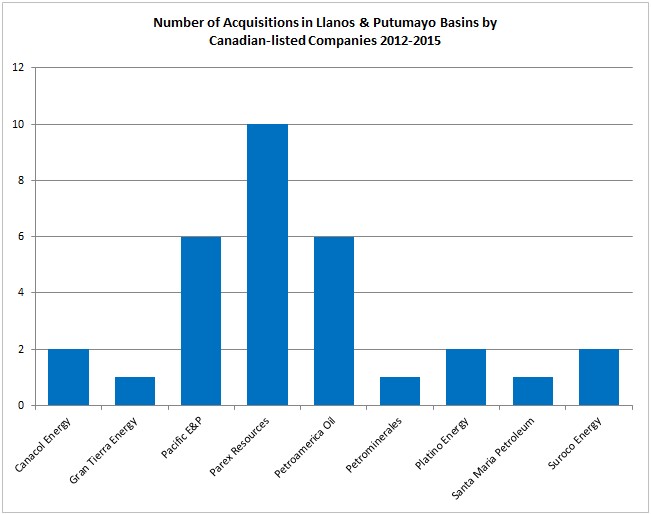 UPDATE TO ARTICLE: 14th January, 2016 – Gran Tierra Energy signed another deal to consolidate its interest in the Putumayo basin block PUT-7 for US$19 milion. This comes a day after news that the company’s acquisition of Petroamerica Oil Corp. completed. 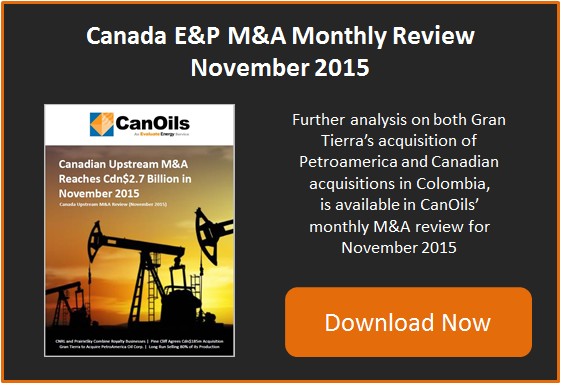 1) The following companies in the list of nine companies are no longer active, but were listed on the TSX or TSX-V at the time of their respective acquisitions being made:

Insights from CanOils’ M&A database, as well as data from CanOils’ Assets, Financings, Financial & Operating and Oilsands databases, help to provide a thorough, independent overview of the month’s most significant deals in the Canadian oil and gas industry in this report. Sign up to the CanOils & Evaluate Energy Mailing List here and be informed as soon as new analysis reports like this are available.