In April 2016, the total monthly value of M&A deals in the Canadian E&P sector was over Cdn$1 billion for the first time in 2016, according to analysis in CanOils latest monthly M&A report.

This is almost entirely due to Suncor Energy Inc. (TSX:SU) agreeing the biggest deal of the year so far to further increase its stake in the Syncrude oilsands mine by an extra 5% for Cdn$937 million. Suncor, of course, had already completed the Cdn$6.6 billion acquisition of fellow Syncrude partner Canadian Oil Sands Ltd., which was the biggest Canadian E&P deal to be announced in 2015.

Aside from Suncor however, the Canadian E&P space saw a continuing lack of deals in April 2016. In fact, only three new deals were announced for Canadian E&P assets all month that had a value of over Cdn$1 million. The low price environment is still holding back activity, with companies struggling to find buyers for assets they have put up for sale. 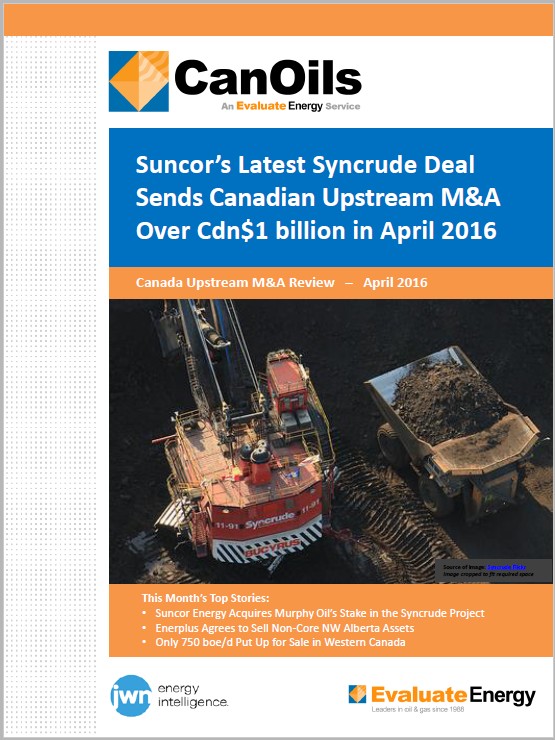 Inside this month’s report: