Data from CanOils’ latest M&A report shows that the total value of announced M&A deals in the Canadian E&P sector totalled Cdn$880 million in May 2016. The report is available for download now. Although this value falls short of the average monthly deal aggregate of Cdn$1.5 billion since the price downturn began, what bodes well is that this month’s total is spread across a few deals worth over Cdn$50 million as opposed to previous months where one large deal often dominated the total. Notable deals this month include Husky Energy Inc.’s (TSX:HSE) disposal of Saskatchewan assets to Whitecap Resources Inc. (TSX:WCP) and royalty assets to Freehold Royalties Ltd. (TSX:FRU) and Spartan Energy Corp.’s (TSX-V:SPE) acquisition of privately-held Wyatt Oil + Gas Inc..

This new M&A report delves into every deal story involving a Canadian oil and gas company in May 2016, using data from the entire CanOils database. 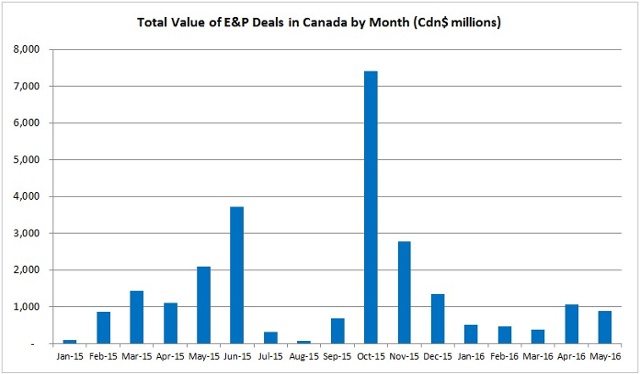 Husky Energy Inc. made the most headlines in the Canadian M&A space this month, agreeing the two biggest deals of the month. Whitecap Resources Inc. will acquire assets in southeast Saskatchewan for Cdn$595 million, while Freehold Royalties has completed the Cdn$165 million acquisition of some royalty production in Saskatchewan and the Deep Basin.

Both of these deals are analysed in detail in the new CanOils monthly M&A review for May 2016.

Also included in the report: 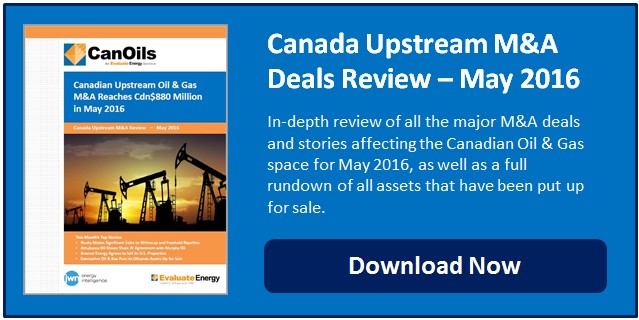