Major deals in the oilsands sector this month meant that the total upstream M&A spend in March 2017 alone eclipsed the annual totals for each of the past five years except for 2014, according to CanOils’ latest monthly M&A review, which can be downloaded here. 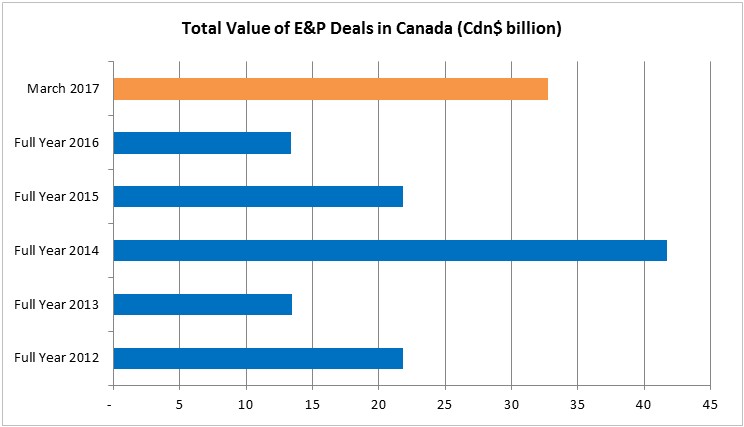 Source: CanOils M&A Review, March 2017 (All deals are allocated according to the date of their original announcement)

March also saw Cenovus place nearly 30,000 boe/d of gas weighted production over 1 million acres up for sale. Birchliff Energy Ltd. (TSX:BIR) and Insignia Energy Ltd. (TSX:ISN) were among the other companies to list assets for sale this month.

For full analysis on all these deals and assets for sale, as well as an outlook for the Canadian oilsands industry, download the CanOils Monthly M&A Review for March 2017 here.