Colombia’s knack for innovation and cultivating a stable, positive relationship with its E&P industry at large have been key factors for the nations success in attracting foreign investment.

This is according to Jorge Milanese, Sproule’s Regional Director for Latin America, co-author of a new report from Sproule released in partnership with Evaluate Energy and the Daily Oil Bulletin.

The report can be downloaded at this link.

“Colombia is such an exciting nation to watch,” Milanese said. “It is constantly on the lookout for innovative initiatives to spark outside investment, be it through bidding rounds, infrastructure development or regulatory frameworks.”

Colombia ranks fourth in terms of the total deal value for upstream transactions in each Latin American nation since the start of 2014, lagging far behind Brazil and Argentina in particular – but this is not an issue according to Jorge Milanese. 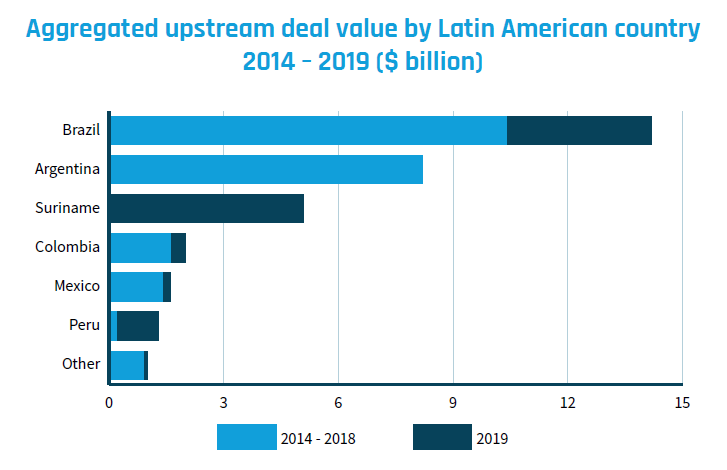 “The nation may not see the high value deals we’re more used to seeing in Brazil or Argentina for example, but it has bee a hotbed of activity with lots of transactions taking place,” he continued. “Colombia’s relationship with the upstream industry means that business opportunities present themselves very often, which can be seen in the data we include in the report.

“The sheer number of corporate deals in Colombia over the past five years, where one company acquires another, speaks volumes to the investment possibilities that exist here and how willing companies are to make significant outlays, relative to their own individual sizes.”

The report includes details on these Colombian upstream corporate M&A transactions, including the biggest deal of 2019 that involved GeoPark Ltd. acquiring Amerisur Resources Plc for around $281 million, net of cash acquired.

Also included in the latest Latin American M&A and Drilling Activity Review for 2019:

The report can be downloaded at this link.