Low oil prices and changing spending priorities were the two main causes. The full report is available now at this link. 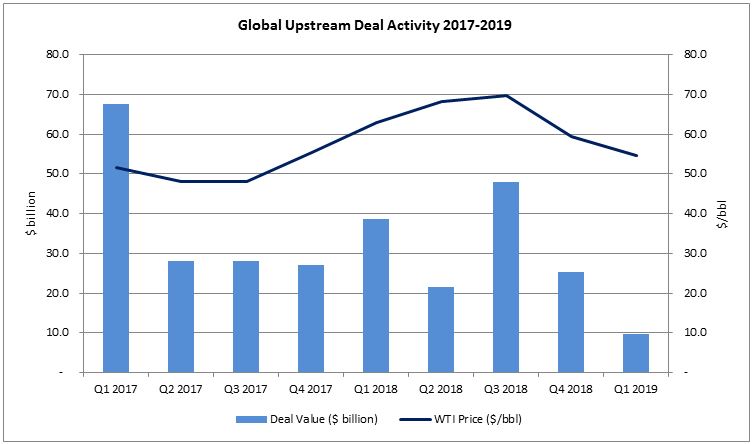 While upstream spending in Canada ground to a halt almost entirely, assets in the United States attracted the bulk of Q1 activity, accounting for 60% – or $5.9 billion – of global upstream spending.

Equally, the highest price M&A activity was an offer made by a hedge fund to acquire Permian Basin producer QEP Resources Inc. that is just one option being considered by the target company.

If this deal comes to nothing, Q1 2019 would be the worst individual quarter for U.S. upstream deal-making over the last 10 years.

Evaluate Energy’s M&A review for Q1 2019 is available to download now and includes analysis on the following: