Record levels of free cash flow continue to be generated by North America’s oil and gas producers according to a new report from Evaluate Energy that outlines how that cash is being used.

Free cash flow – the difference between operating cash flow and capex – reached a combined $19.1 billion in Q3 2021 for a study group of 84 U.S. and Canadian producers. The full report is available at this link.

“No quarter since the start of 2018 has seen a higher total operating cash flow than Q3’s $32.5 billion, while capital spending was flat from Q2 to Q3 for the study group,” said Mark Young, report author and Senior Oil & Gas Analyst at Evaluate Energy. 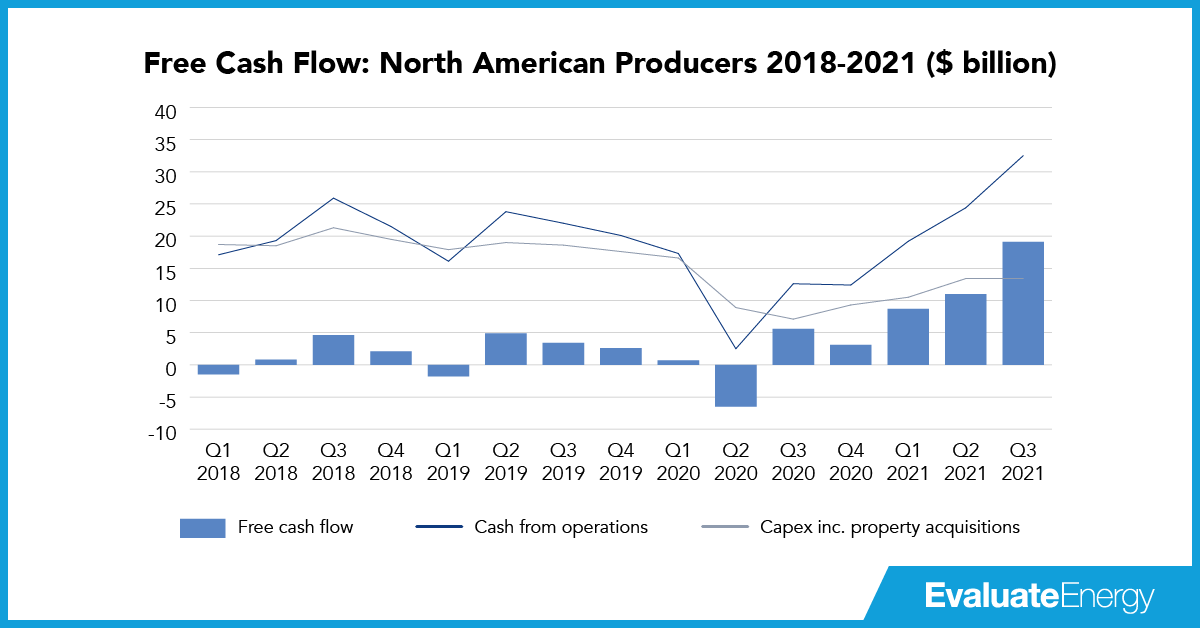 Four peer groups within the report are based on whether a producer has a U.S. or Canadian headquarters plus their respective oil weightings. Canada’s five oilsands majors are separated out into a fifth peer group.

“Ironically, in Q2 it was almost entirely the reverse – save for U.S. oil producers, every group saw capex increase as a percentage of operating cash flow compared to Q1. Debt repayments took centre stage in Q3 instead of capital spend.” 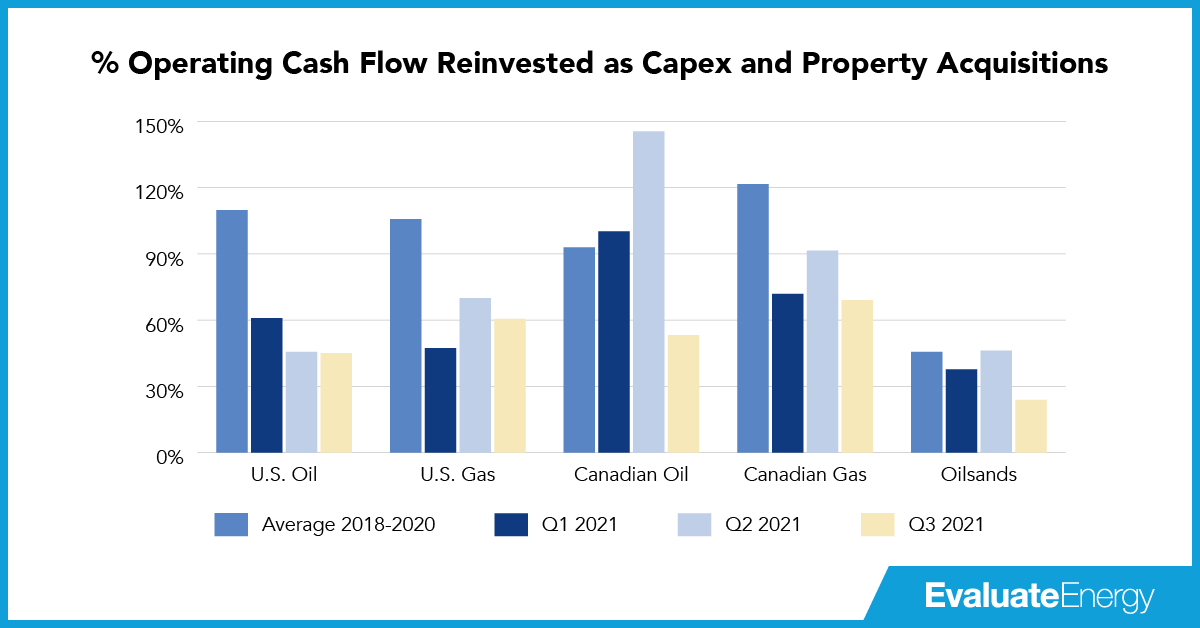 For the combined group of 84, capital spending being flat at $13.4 billion in Q3 meant capex came in at just 41% of operating cash flow.