Q1 2017 saw the highest outlay on global upstream oil and gas M&A for almost two years, with US$65.1 billion in deals declared, according to Evaluate Energy’s latest M&A review.

The previous biggest quarter in terms of value was Q2 2015, when Royal Dutch Shell acquired BG Group. This quarter’s total was in fact the fifth largest quarterly spend since Q1 2010. 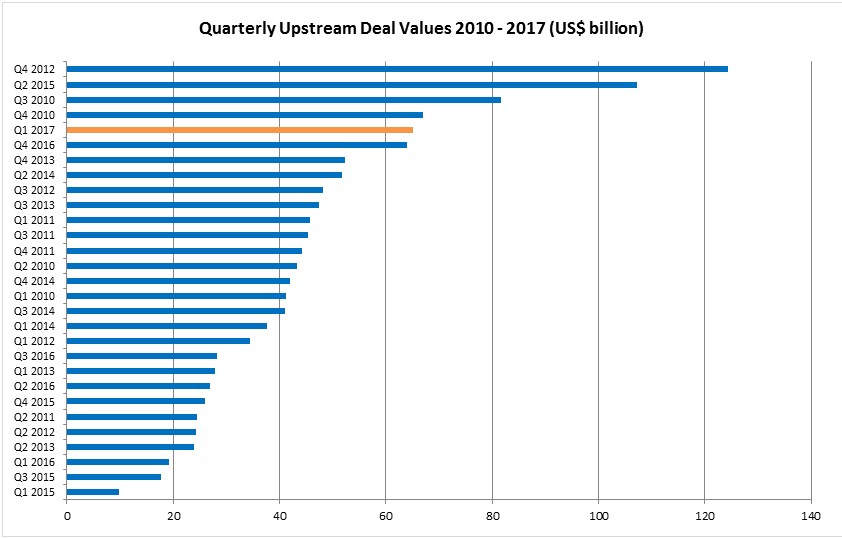 This quarter’s deal value was of course driven by the significant US$24.5 billion spend in the Canadian oilsands sector, with Cenovus Energy Inc. (TSX:CVE), Canadian Natural Resources Ltd. (TSX:CNQ) and Royal Dutch Shell (LSE:RDSA) all agreeing deals that significantly altered the oilsands landscape during March. It was actually only the fourth time in seven years that Canada saw a greater overall deal value in a quarter since the start of 2010. 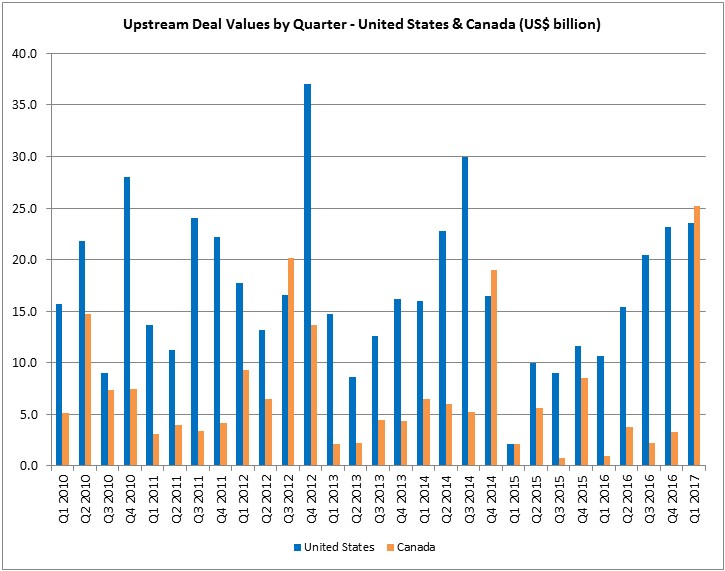 Speaking of the United States, it was a record setting quarter for the increasingly popular Permian Basin, where US$18.5 billion in new upstream deals were announced. ExxonMobil Corp. (NYSE:XOM), Noble Energy Inc. (NYSE:NBL) and Parsley Energy Inc. (NYSE:PE) were among the acquirers in the basin this quarter.

For full details and the usual in-depth analysis on all the major deals in North America and around the world, access Evaluate Energy’s global M&A review for Q1 2017 by downloading the report here.