A new report from Sproule, the Daily Oil Bulletin and Evaluate Energy shows how politics and fluctuating oil prices continue to dominate headlines and influence appetite for investment in Latin America’s upstream oil and gas industry. 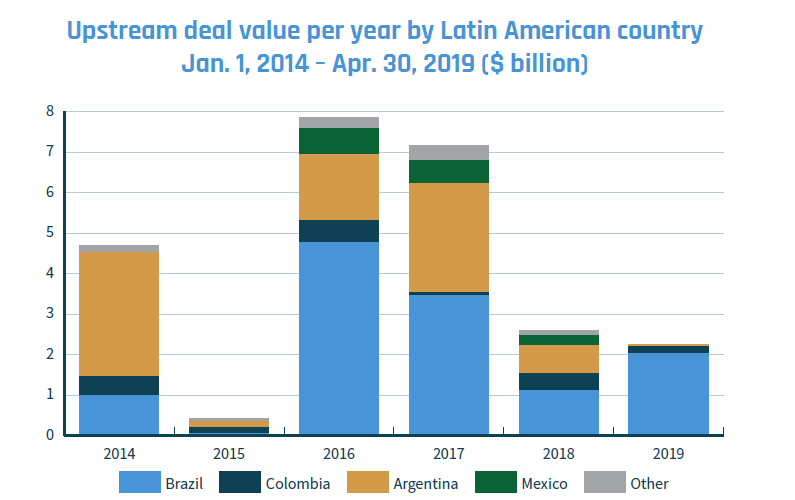 3. Brazil remains the clear leader in terms of the value of M&A deals, while Colombia has seen the largest number of deals agreed.

4. Equinor (formerly Statoil) is the key driver behind deal activity in Brazil since 2014. The company has invested $5.3 billion in Brazilian asset acquisition since the latter half of 2016.

5. Canadian companies dominate in Colombia. Of the 73 M&A deals in Colombia between 2014-2018, more than 50% involved an acquiring company headquartered in Canada at the time of the deal.