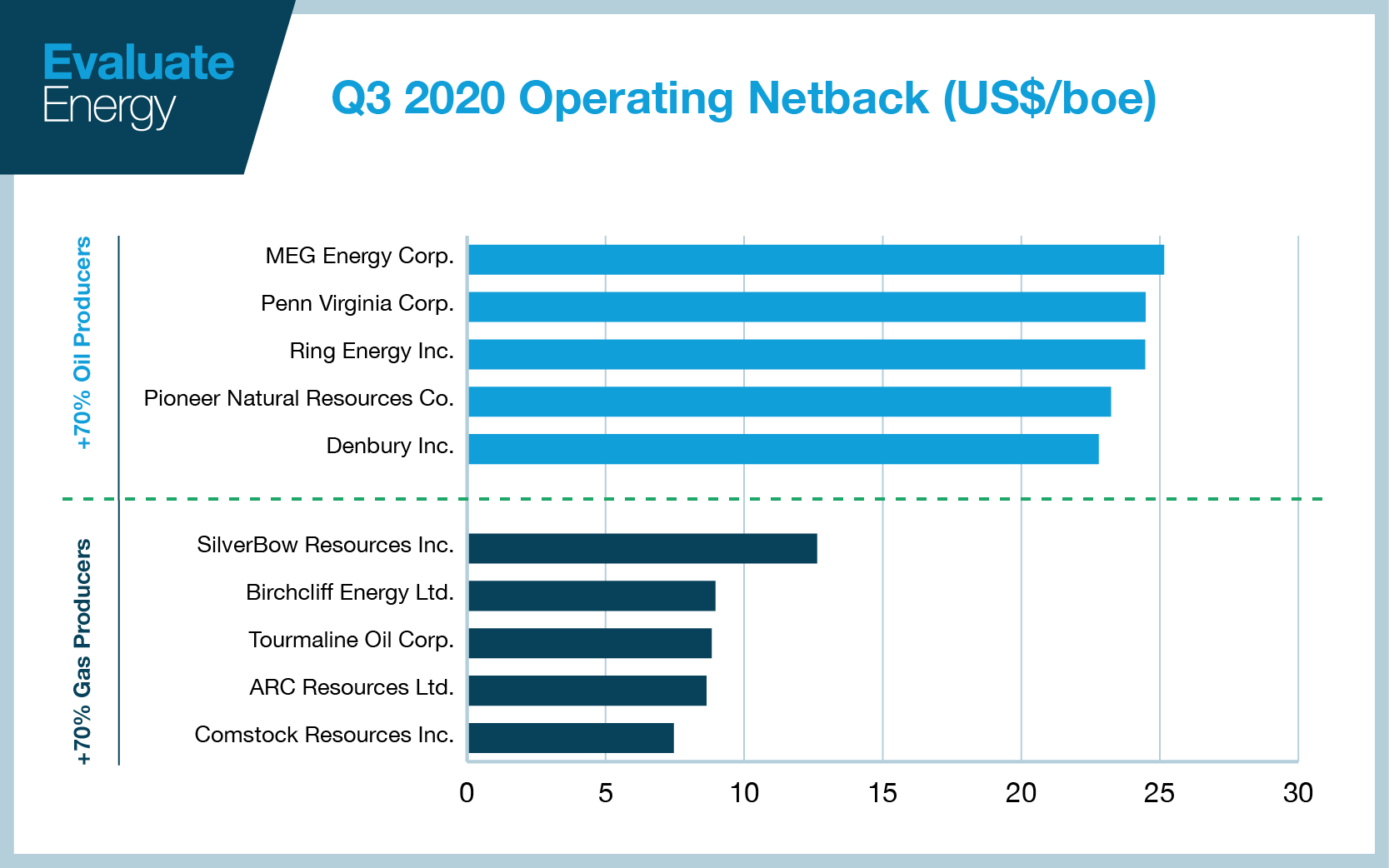 This analysis was conducted using publicly listed producers in Canada and the United States.

Data on the Top 5 netbacks recorded by oil-heavy and natural gas-heavy producers in Q3 2020 is available here.

“MEG ranks highly in the group because it only produces oil. It has no lower-margin natural gas sales weighing down its revenues, much like most of the companies here in the top 5 oil producers,” said Mark Young, Senior Analyst at Evaluate Energy.

“At just $2/boe back from MEG in Q3 netbacks, one could argue that Pioneer has the ‘best’ netback of the group, as it is only 80% weighted towards oil production,” Young continued. “Every other company in the top 5 oil producers is weighted at least 89% towards oil.”

On the gas-heavy side, it was a similar story.

Three Canadians ranked highly, with netbacks of almost $9.00/boe recorded by Birchcliff Energy, Tourmaline Oil and ARC Resources, but it was one of the American contingent here that stands out.

“Comstock Resources’ $7.46 operating netback per boe is extremely noteworthy from the gas producers,” he said. “The other high ranking gas producers all had a portfolio made up of over 20% oil and liquids in Q3, while Comstock is almost exclusively (98%) a natural gas producer which would limit its revenues per boe relative to the rest of the group.”

Comstock’s low production costs played a large role in generating the relatively high netback. For more on these costs, read our article from last week via the Daily Oil Bulletin.