Two Canadian producers are seeking to capitalize on the enduring pulling power of the Montney play by putting assets up for sale, according to CanOils’ newest report focused on M&A activity in August.

RMP Energy Inc. (TSX:RMP) and Chinook Energy Inc. (TSX:CKE) have healthy balance sheets and a good inventory of development assets. Both have extensive holdings in the Montney shale. They form the bedrock of the total 12,700 boe/d of publicly disclosed Canadian assets put up for sale in August 2016. The listings follow the recent Cdn$1.9 billion acquisition by Seven Generations Energy Ltd.’s (TSX:VII) of predominantly Montney assets from Paramount Resources Ltd (TSX:POU), which showed Montney assets can still attract strong interest for high value deals. 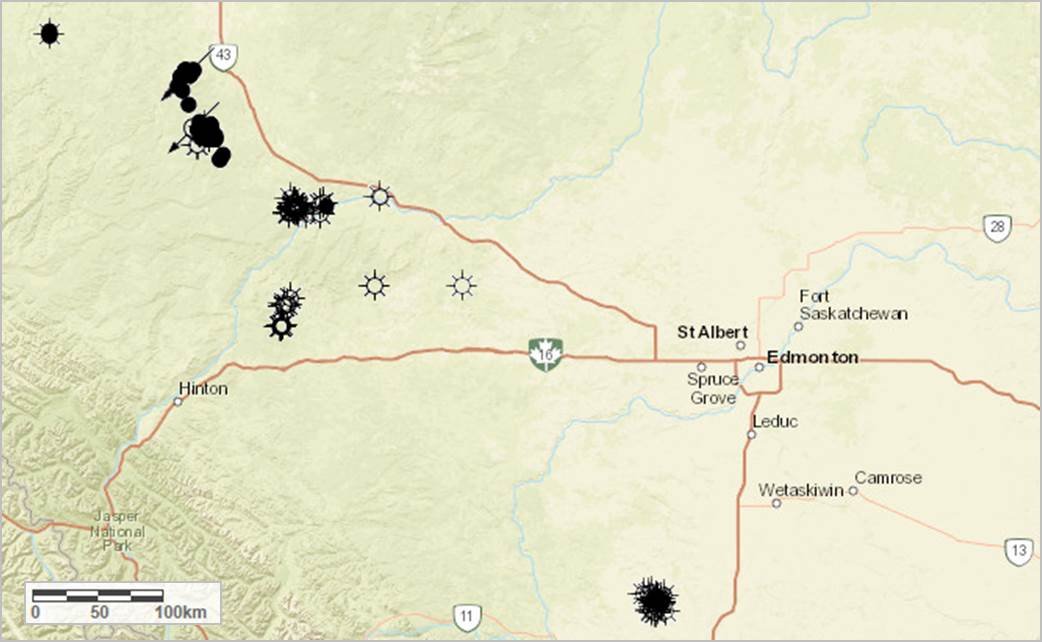 Chinook Energy Inc. has also initiated a strategic alternatives review and has retained Peters & Co. as its exclusive financial advisor. Chinook is predominantly Montney-focused with 2,890 boe/d of production during Q2 2016 and 12.9 million boe (16% liquids) of 1P reserves. Chinook said it is open to expanding its core operations via acquisitions or by establishing a new core of operations. They will also entertain a merger, sale or JV with a well-capitalized entity to help develop existing assets.

Away from the Montney, August saw Virginia Hills Oil Corp. (TSX-V:VHO) initiate its own strategic review process, while Grant Thornton, in its role as receiver for RedWater Energy Corp., retained CB Securities to advise in the sale of a portion of RedWater’s assets.

Full details on all of these assets up for sale, as well as a detailed look into all of August’s biggest M&A stories, can be found in CanOils’ latest monthly M&A review of the Canadian E&P industry, which is available for download now. 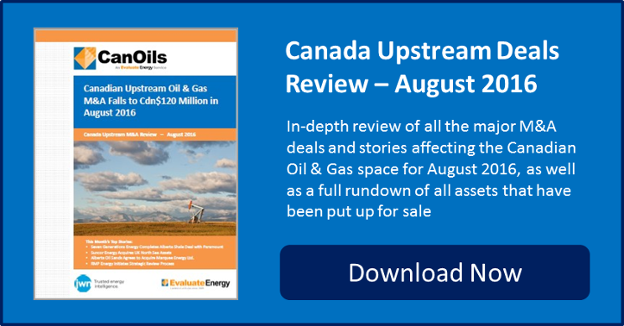