A new EY study based on Evaluate Energy data analyses the data from the 50 largest U.S. oil and gas companies (see notes) between 2013 and 2017. The full EY study can be downloaded here. For a demonstration of Evaluate Energy, where the raw data was extracted from, please click here.

Here are nine things we learned from the study:

2. The 50 companies continued optimizing their portfolios and cost structures amid the uncertainty surrounding prices throughout the downturn. 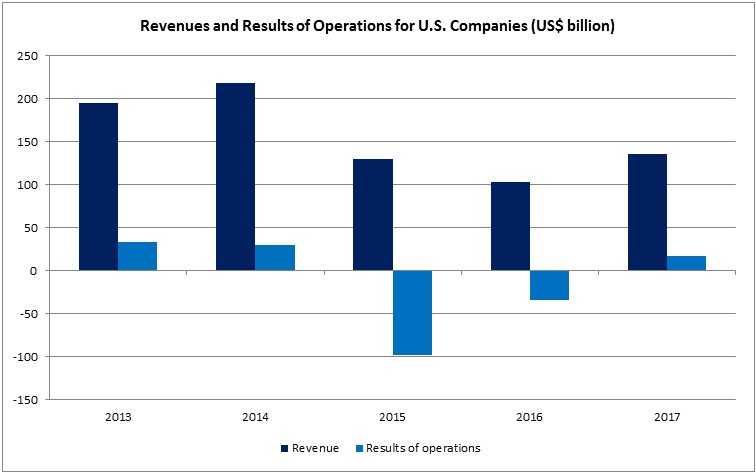 Source: Chart created using data published for 50 U.S. oil and gas companies in EY’s US oil and gas reserves and production study for 2018.

4. The studied companies drilled 30% and 23% more development and exploration wells, respectively, compared to 2016.

6. Depreciation, depletion and amortization (DD&A) expenses decreased, mainly due to lower unit-of-production rates, which resulted from reserve revisions and dispositions as well as higher impairments in prior periods.

The 50 companies are the 50 largest in the U.S. based on 2017 end-of-year oil and gas reserve estimates. The study companies cover approximately 44% of the U.S. combined oil and gas production for 2017.