Canada saw less than C$1 billion in new upstream M&A activity for the first time in three months according to the latest M&A review from CanOils. November’s total of C$976 million represents a significant fall of 46 per cent and 39 per cent, respectively, from totals witnessed in September and October. 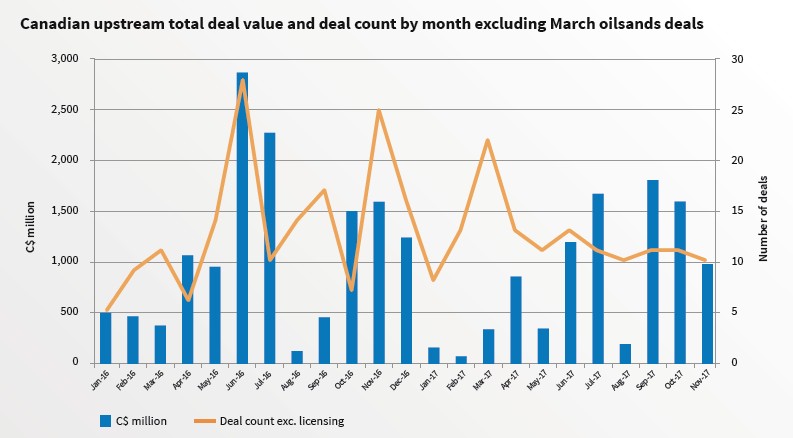 The single largest deal in November was another asset sale by Cenovus Energy. The company agreed to sell its Weyburn unit in Saskatchewan to Whitecap Resources, in so doing reaching a major debt milestone related to its C$17.7 billion acquisition from ConocoPhillips.

This month also saw Pengrowth Energy continue its asset sales program in Alberta, completing a C$150 million deal in Swan Hills and agreeing another minor deal in Quirk Creek. The company will focus its efforts on two assets going forward – thermal oil production at Lindbergh and Montney gas at Groundbirch.

November saw almost 28,000 boe/d put up for sale in new public asset listings. Full analysis on all deals and asset listings in November are available in the CanOils report, which can be downloaded here.