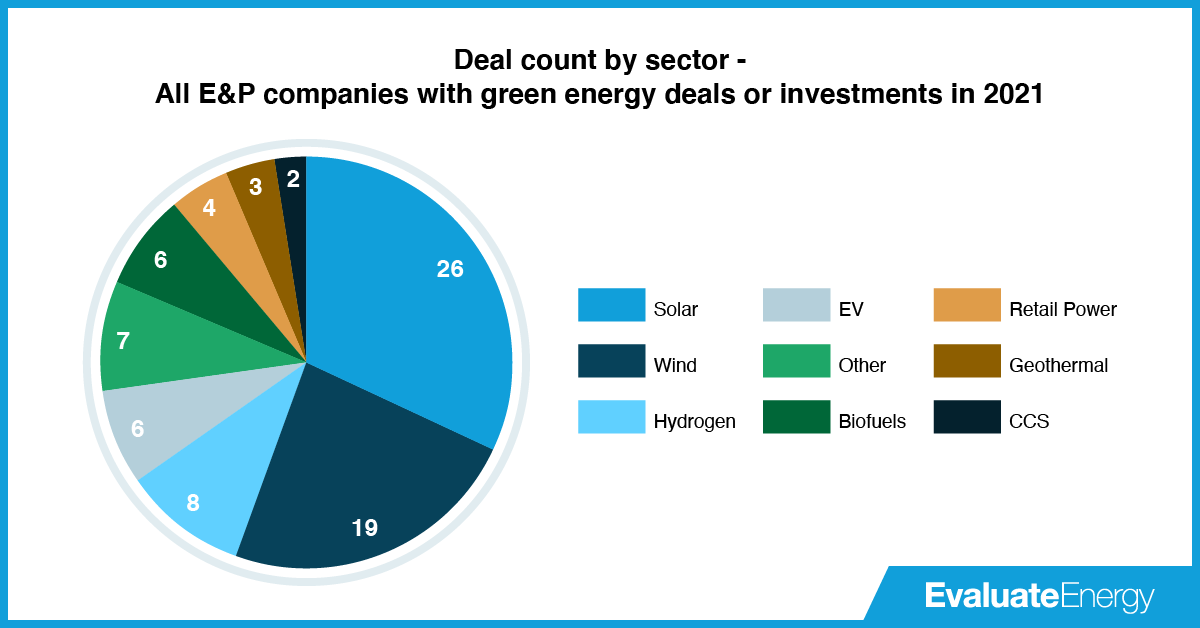 A new mergers and acquisitions report from Evaluate Energy shows that while wind and solar assets continued to attract greater levels of interest from E&P investors in terms of pure deal count – 56% of the 81 deals agreed – a growing number of deals were agreed in less well-established industries.

“2021 saw a greater number of emerging sectors gain traction among oil and gas players,” said Mark Young, report co-author and Senior Analyst at Evaluate Energy. “In terms of highlights away from wind and solar, we saw eight deals made relating to hydrogen production projects and six deals apiece in the electric vehicle charging and biofuels spaces.

“Investor and public pressures to diversify portfolios has led to oil and gas producers spreading into all sorts of new low-carbon technologies and innovative or renewable energy producing projects around the world.

“We would expect this trend to continue, especially with many producers recently going public with ambitious net zero targets for this decade and beyond.”

For more detail on 2021 green energy deals, as well as investments made by the most active E&P companies in green energy – such as Shell, Eni, TotalEnergies, BP and Chevron – download Evaluate Energy’s latest M&A report at the link below.