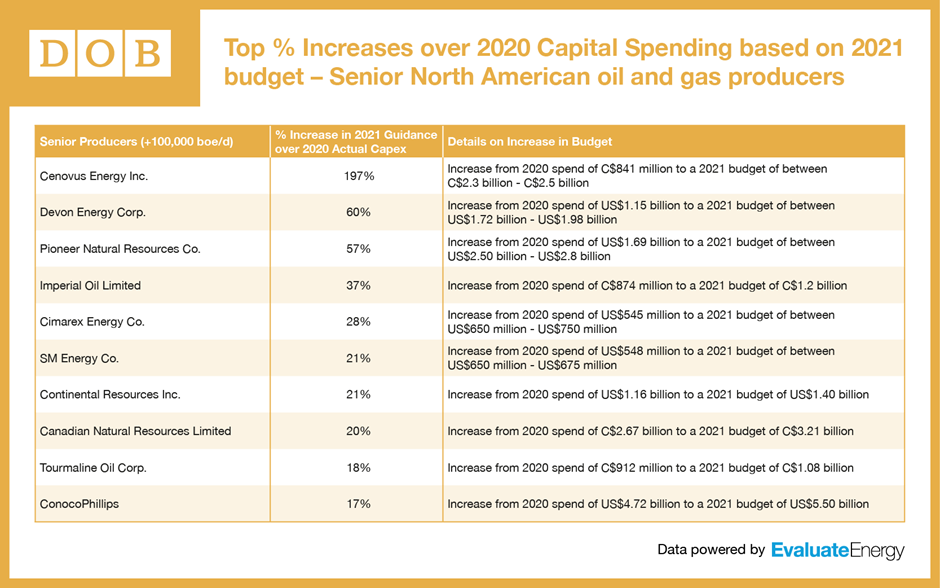 Sign up for a free DOB trial to gain access to the weekly reports at this link.

Cenovus’ increase of nearly C$1.7 billion is also the largest increase on a pure dollar level expected in 2021 based on currently available budgets for senior North American producers. Pioneer Natural Resources and ConocoPhillips were the next highest ranked on this metric, with planned increases of around $965 million and $785 million, respectively.

The DOB releases updated reports holding all 2021 production, drilling and capital budgets for every North American producer every week. 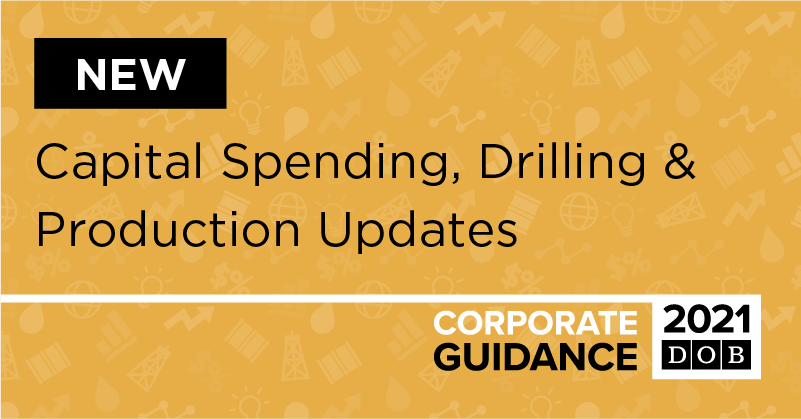 The report is built using data from the Evaluate Energy guidance product.