Debt levels spiked among E&P companies during Q2 according to the latest analysis by the U.S. Energy Information Administration, illustrating the immediate impact of reduced oil demand and prices on the sector.

The EIA Financial Review for Q2 2020 is based on data extracted via EIA’s Evaluate Energy subscription.

It can be downloaded in full at this link.

From its Q2 analysis of 102 E&P companies globally, the EIA also found that:

Companies took on a combined $72 billion in new long- and short-term debt in the second quarter, said the EIA, with average debt to equity ratios climbing to almost 60%.

“These figures are by far the highest recorded since at least the start of 2015, showing just how much and how quickly recent pressures have forced upstream producers to alter strategy around capital structure,” said Chris Wilson, Managing Director of Evaluate Energy. 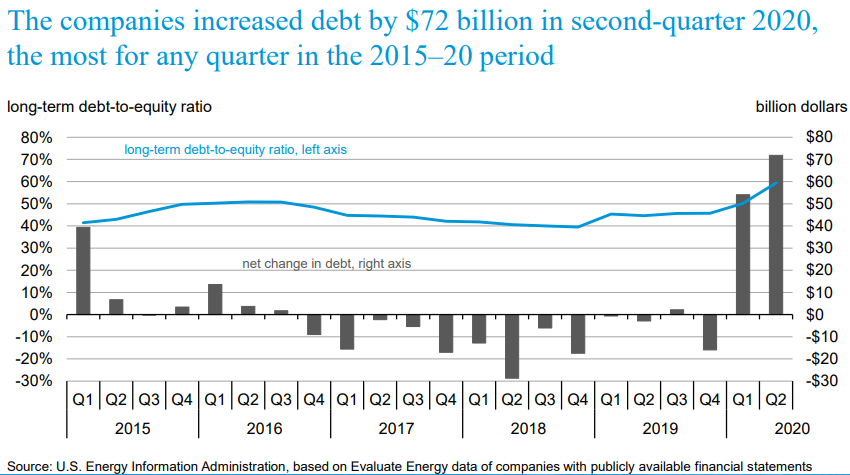 The report also looks at production, capital expenditures, return on equity and more. Download the full document at this link.

For more information on the data behind the EIA’s analysis, click here to download a one-page overview of Evaluate Energy’s financial and operating database. 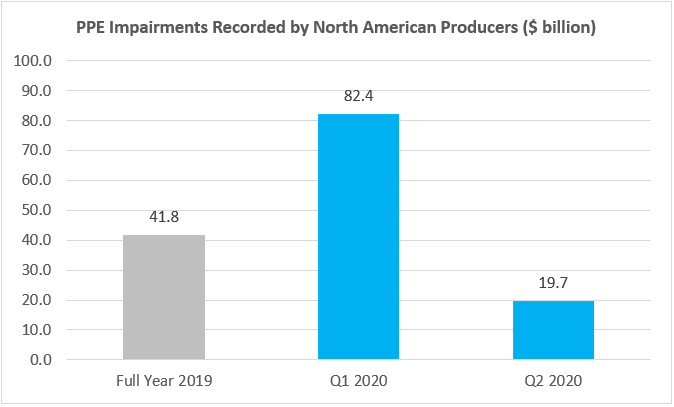 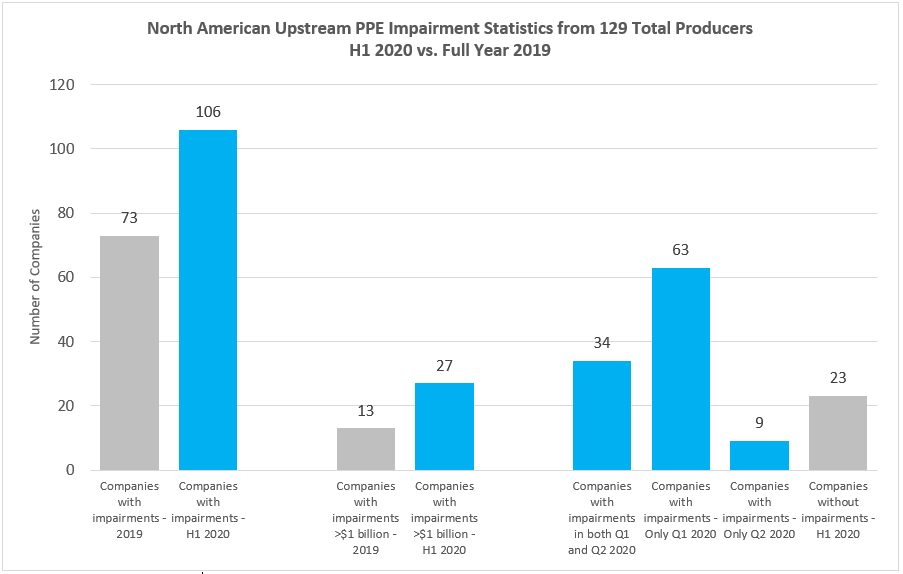 Canadian Natural Resources Ltd. (CNRL) agreed to acquire Montney-focused Painted Pony Energy Ltd. this week in an all-cash deal worth C$0.69 per share, representing a total value (including debt assumed) of around US$344 million.

“In 2002, the oil/gas split on a production basis for CNRL was 52% in oil’s favour,” Coyne said. “This increased to reach 79% by Q2 of this year, following a series of large oil-weighted acquisitions. At a time when global events have highlighted the exposure of oil markets to demand shocks, the acquisition of Painted Pony will reduce CNRL’s oil weighting to 76% based on recent quarterly data from each company.”

This is the second deal in the Montney for over US$100 million this quarter after an extremely quiet start to 2020 in the first six months of the year that only saw $340 million in new deals agreed for Canadian upstream assets. The first deal was an oil-weighted deal that saw ConocoPhillips acquire ~14,000 boe/d from Kelt Exploration for US$375 million in cash and the assumption of $30 million in financing obligations.

Evaluate Energy – the global oil, natural gas and renewables data and analysis business – has unveiled a suite of ESG solutions.

A focus on Environment, Social & Governance considerations is essential for energy companies worldwide. Meeting and exceeding ESG requirements is a prerequisite for new investors, for communities when granting a social license to operate, and for governments pursuing broader emissions reduction targets.

Evaluate Energy has selected a range of ESG consulting partners in Canada to deliver core ESG services. These services are detailed at this link.

This was the first entire quarter to play out under the cloud of the COVID-19 pandemic and the uncertainty surrounding the industry can be seen in low deal values and low deal counts.

The report also shows that $10 billion-worth of deals agreed before Q2 were impacted by the pandemic. These include BP’s exit from Alaska and ConocoPhillips’ exit from Australia. Full details on the major deals affected directly by the pandemic are available in the report, including deals that were cancelled or had terms renegotiated.

The full report, which was released in partnership with Deloitte, is available to download at this link.

It allows you to instantly source vital insights into a company’s financials, its operations, and how it measures up on ESG. You can save and download what you’ve found.

Evaluate Energy Documents has been designed by experienced oil and gas analysts. This ensures you can accurately search for highly specific industry data and performance metrics.

The U.S. Energy Information Administration has used Evaluate Energy data to show how 40 U.S. oil and natural gas producers collectively wrote down $48 billion worth of assets in the first quarter. These 40 publicly traded companies collectively produced 6.1 million barrels per day of crude oil and other liquids in the United States, or about 30% of all the U.S. liquids production for the quarter.

The full analysis from the EIA is available here as part of its This Week in Petroleum series. 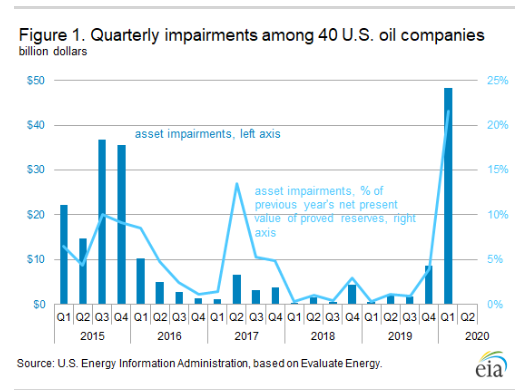 The impairments represented 22% of the net present value of the 40 companies’ proved reserves as of the end of the previous year, according to the EIA’s analysis.

The data for this analysis, as well as further analysis in the This Week in Petroleum article conducted on capital budgets and credit facility drawdowns, was extracted from Evaluate Energy.

For more on the Evaluate Energy global financial and operating database, click here.

Below are three key conclusions from Evaluate Energy’s latest report on oil hedging positions for 102 North American producers heading into the second half of 2020. 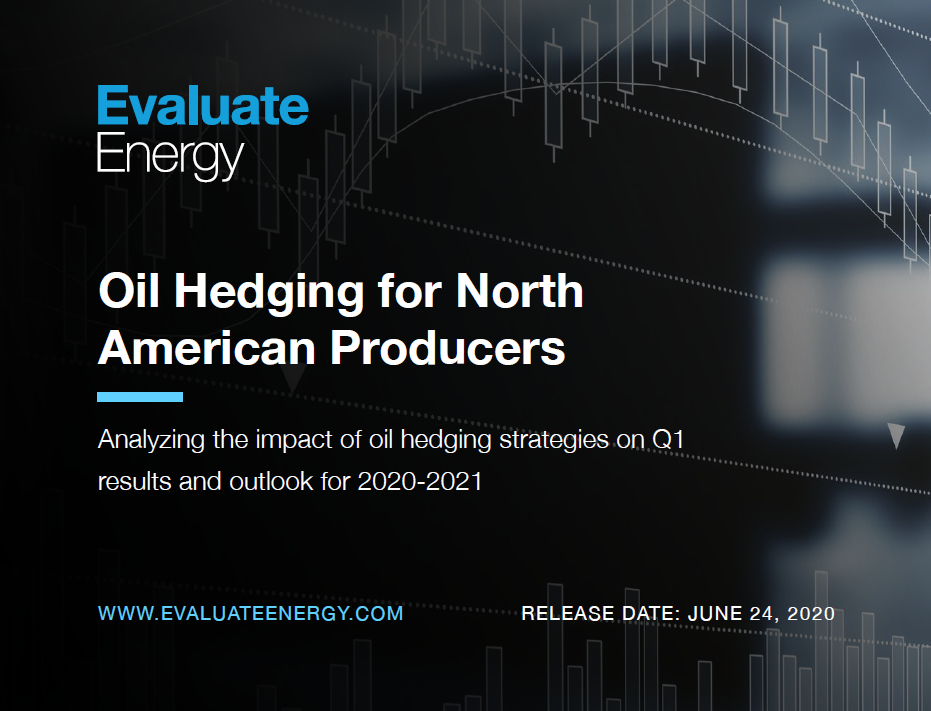 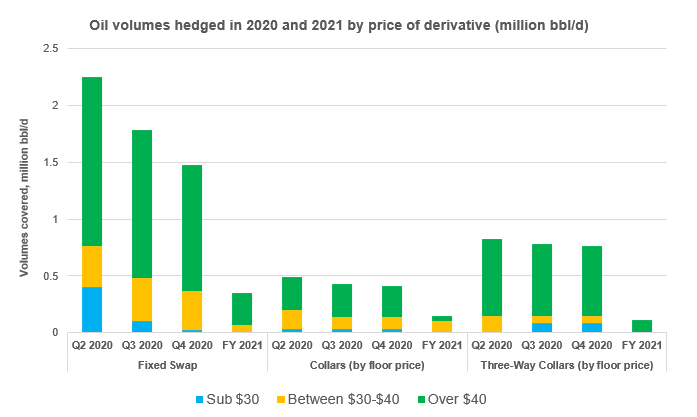 Evaluate Energy also held a webinar on Q1 hedging results at the start of June. You can watch a full recording of the event at this link.

For some related material, please visit our partners at the Daily Oil Bulletin: 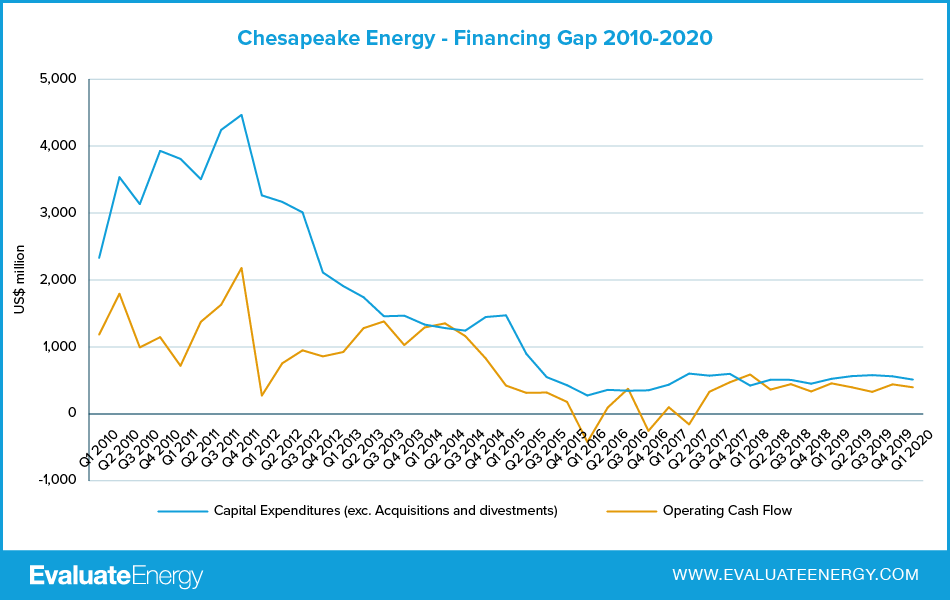 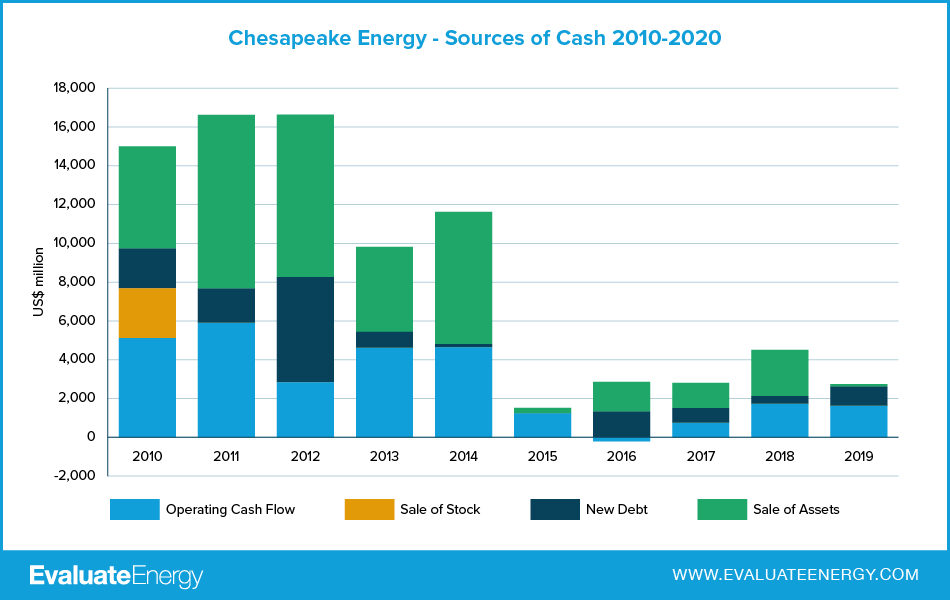 The seismic shift in energy demand witnessed during COVID-19 is altering the mind-set of oil companies – shifting the motivation for green investment decisions to hard-wired financial gain.

It’s important to note that COVID-19 has impacted the capacity of new project finance and capital expenditure budgets to back new renewable assets coming onstream in the short term.

With the third oil price shock in the past decade, fragile future OPEC support and the ethical investing movement having a tangible affect on oil equities, the argument for diversification by traditional oil and gas producers into renewable energy is hard to ignore.

Producers are not pulling back on their climate goals, so, with new future capacity coming on-stream, there could be medium-term appetite to go after green M&A to ensure delivery of energy transition commitments.

Evaluate Energy’s M&A database helps you to keep track of every renewable power and green energy sector deal around the world.

We expect new entrants into the green industry will need to circumvent significant engineering, regulatory and operational knowledge gaps by buying brownfield assets. Acquiring on-stream renewable assets with existing and proven economics can de-risk an investment compared to entering at the greenfield level. It can also provide the chance to bring in new knowledge and service ecosystems – reducing the steepness of the knowledge curve.

Companies like Royal Dutch Shell, through its North Sea operations, leverage regional service and supply chain efficiency to competitively transition into greenfield renewable asset builds. Many oil and gas companies, however, won’t be as well positioned geographically or as well connected to the required renewable service chain.

The medium and long term return on investment forecasts will continue to be a prime driver of capital allocation for energy companies. The mandate of companies to return maximum value to shareholders will remain a priority.

For more on our M&A database and the renewable energy sector deals we cover, please click here.