Evaluate Energy’s latest M&A report shows that between the start of April and the end of September, the Permian Basin in the United States saw almost US$30 billion in new M&A deals announced for E&P assets. 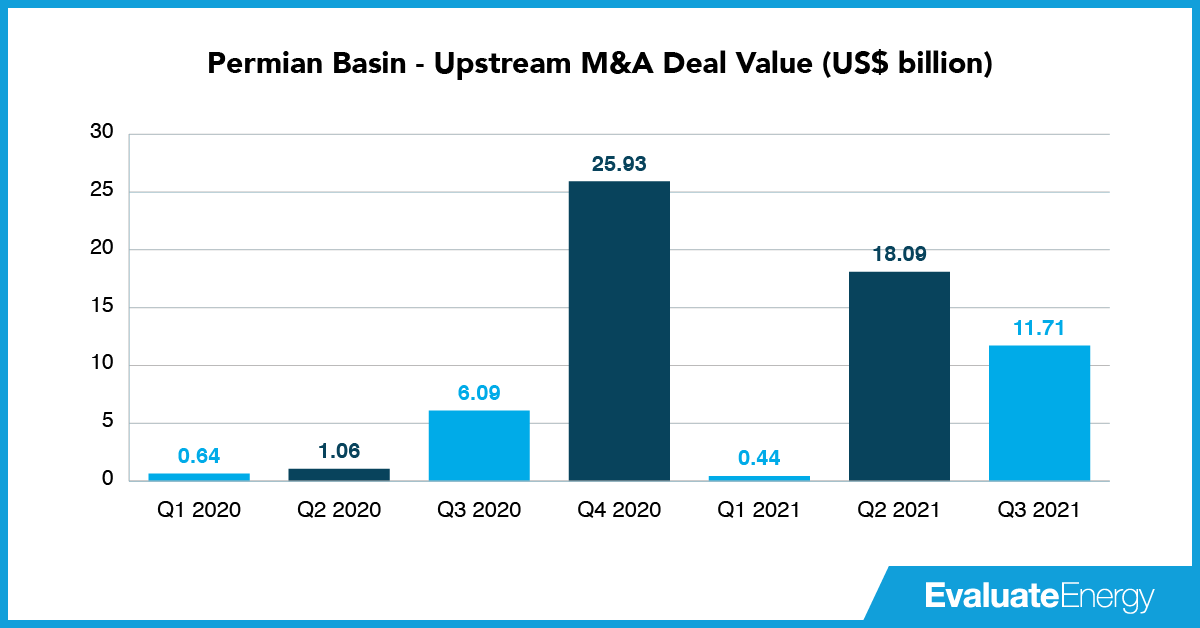 “After a bumper quarter in Q2 that saw over US$18 billion in new deals agreed, Q3 saw just under US$12 billion of its own,” said Eoin Coyne, report author and Senior Analyst at Evaluate Energy.

The vast majority of this Q3 spend came from ConocoPhillips acquiring the Permian assets of Royal Dutch Shell for US$9.5 billion in cash.

“ConocoPhillips had already made a major move with the $13 billion acquisition of Concho Resources during Q4 2020,” said Coyne. “That was an all-stock deal, so ConocoPhillips retained enough liquidity to fund this latest transaction with available cash.”

The other ~US$2.5 billion in Permian deals this quarter included deals by Callon Petroleum, Lime Rock Resources and a royalty interest acquisition by Viper Energy Partners.

For more on these deals and other U.S., Canadian and global upstream M&A activity in Q3 2021, download Evaluate Energy’s latest M&A report at this link. 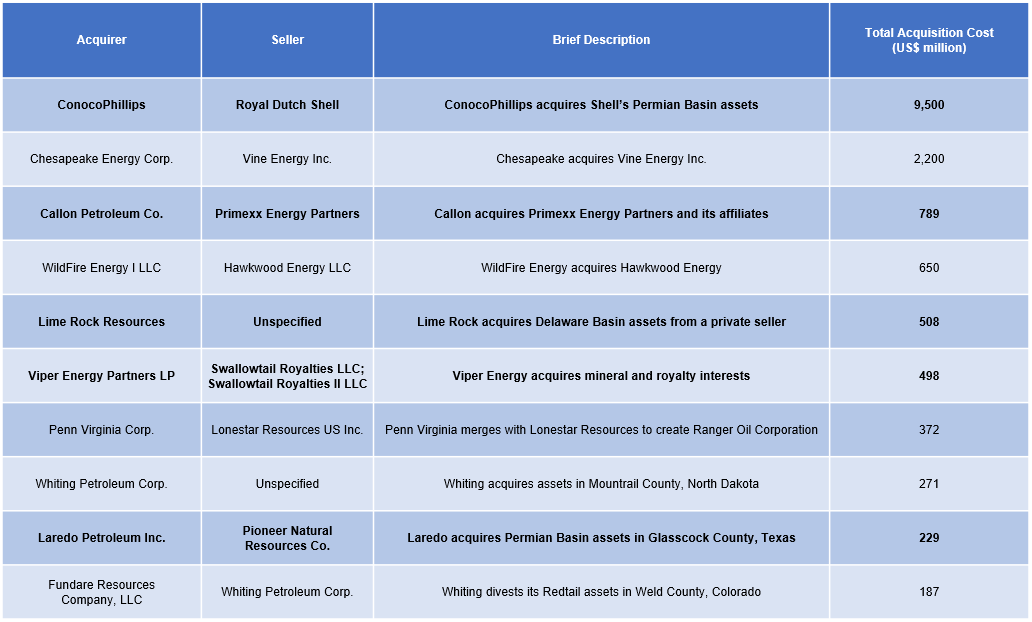