That is according to the latest PSAC well cost data for summer 2017, which includes detailed cost estimates for many directional, horizontal and vertical type wells across all major western Canadian regions and formations.

“Horizontal drilling in core areas of Alberta’s Montney and Duvernay resource plays is typically more expensive than in the Cardium,” said Chris Wilson, managing director of CanOils and Evaluate Energy. “The PSAC data certainly reinforces those perceptions and crucially quantifies the size and nature of the disparity. We’ve discovered, for instance, that some Cardium drilling, casing and completion costs can be between Cdn$1.7-3.0 million cheaper than a comparable well in the Duvernay.”

Recently, the Cardium has been one of the most active formations within Alberta, with more than 2,000 wells in production today that were licensed within the past five years.

In total, the PSAC study for summer 2017 covers 18 carefully-selected horizontal or directional type wells of varying lengths across various formations and depths in Alberta, to provide a detailed overview of typical drilling costs in the province. The data, collected and assembled by independent drilling experts, shows that these 18 representative Alberta wells range in costs to drill, case and complete from Cdn$0.6 million to Cdn$4.8 million. The five Cardium type wells within this group range in costs from Cdn$1.8 million to Cdn$3.1 million, meaning that costs for Cardium operators are in the mid-to-low range of Alberta drilling costs. 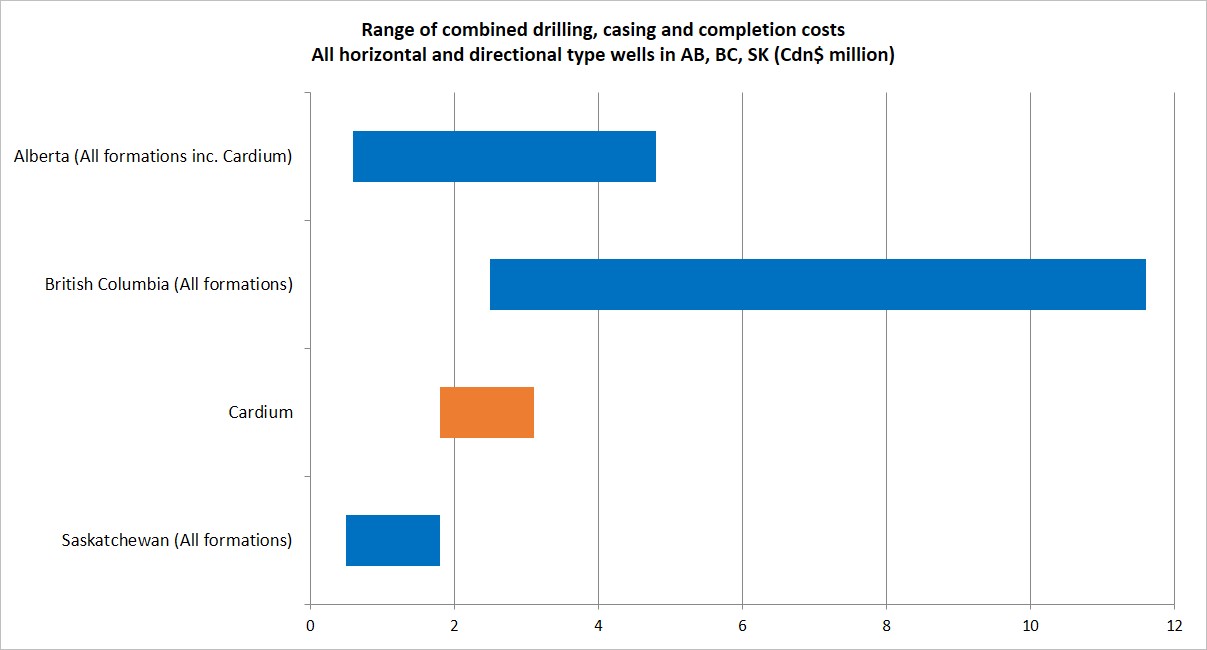 The PSAC study includes seven horizontal and directional type wells in Saskatchewan of varying lengths across various depths and formations, which range from Cdn$0.5 million to Cdn$1.3 million to drill, case and complete. This stands in stark contrast to British Columbia, where the costs of the four horizontal wells included in the study range far more wildly from Cdn$2.5 million up to almost Cdn$12 million, due to costs attached to the deepest wells within the relatively ultra-expensive Horn River Basin.

Full details on all drilling costs for all Cardium type wells in the Foothills, Foothills Front and Central Alberta PSAC regions of Alberta, are available in the PSAC well cost study. Find out more about the study and accessing the data here. 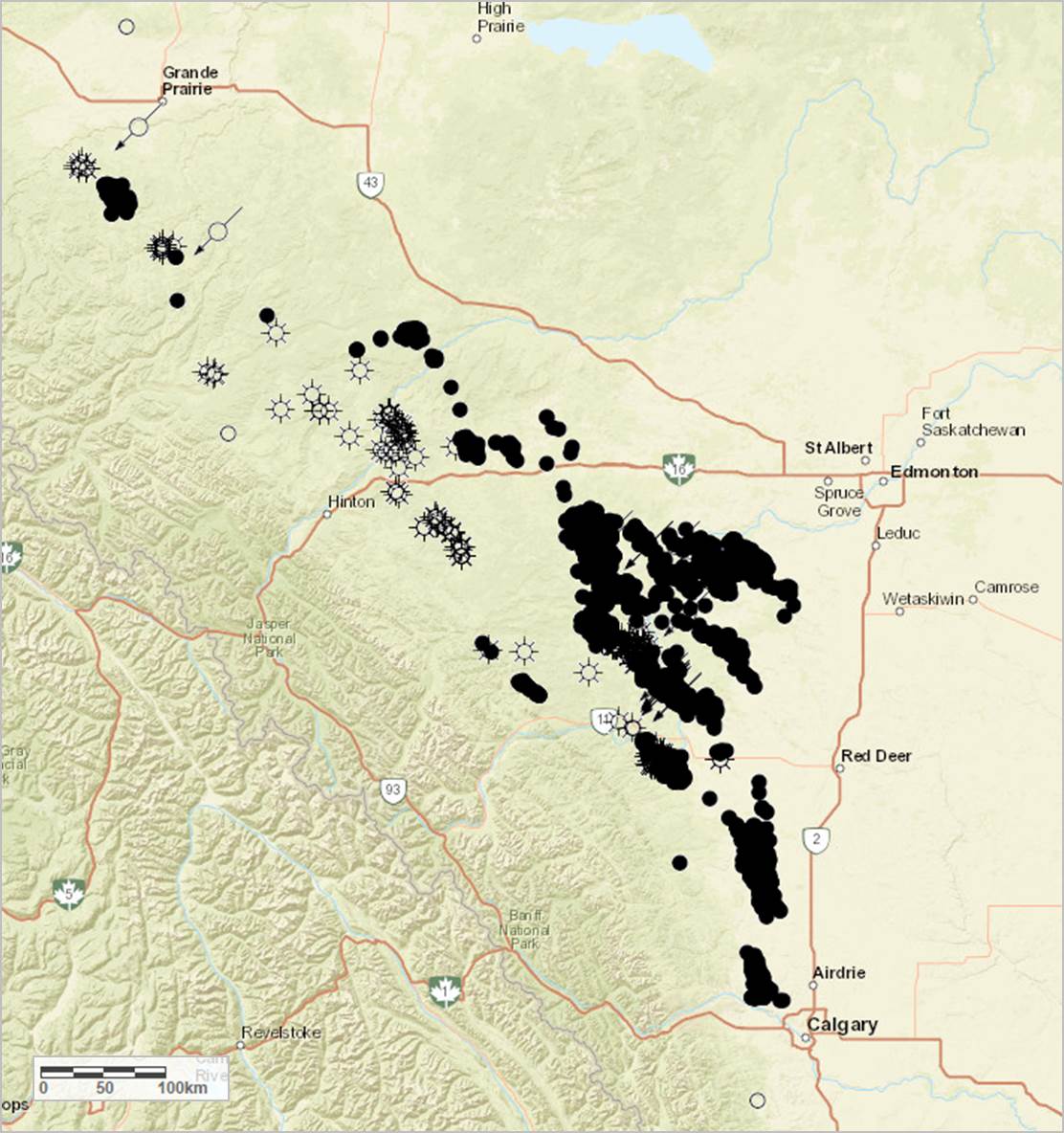