In Q1 2020, a total of just US$21 billion in new upstream oil and gas M&A deals were agreed against a torrid backdrop of COVID-19 demand decline and an industry price war.

Evaluate Energy’s latest quarterly review of global M&A activity in the upstream sector shows that only four quarters since the start of 2014 saw less than $21 billion in new deals, and no quarter saw fewer deals valued at over US$50 million.

The report, which has been produced in partnership with Deloitte, is available to download at this link. 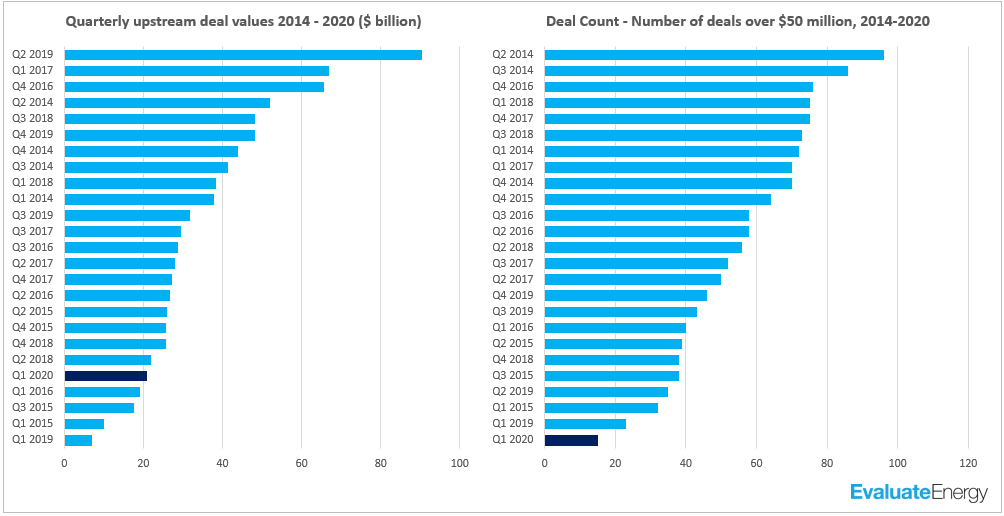 The impact of the price war and COVID-19 can be seen by looking at monthly activity, according to report author, Eoin Coyne, senior analyst at Evaluate Energy.

“The majority of Q1’s deal value occurred in the first two months of 2020,” he said. “This was at a time when OPEC+ was still supporting the oil price and when there was still hope that countries beyond the Asia Pacific region could avoid the spread of COVID-19.

“In March 2020, there was just $0.2 billion of deals announced other than a large acquisition by the Russian government, which can be argued isn’t representative of free market demand.”

Alongside this analysis centred around COVID-19, this quarter’s report also includes details on: