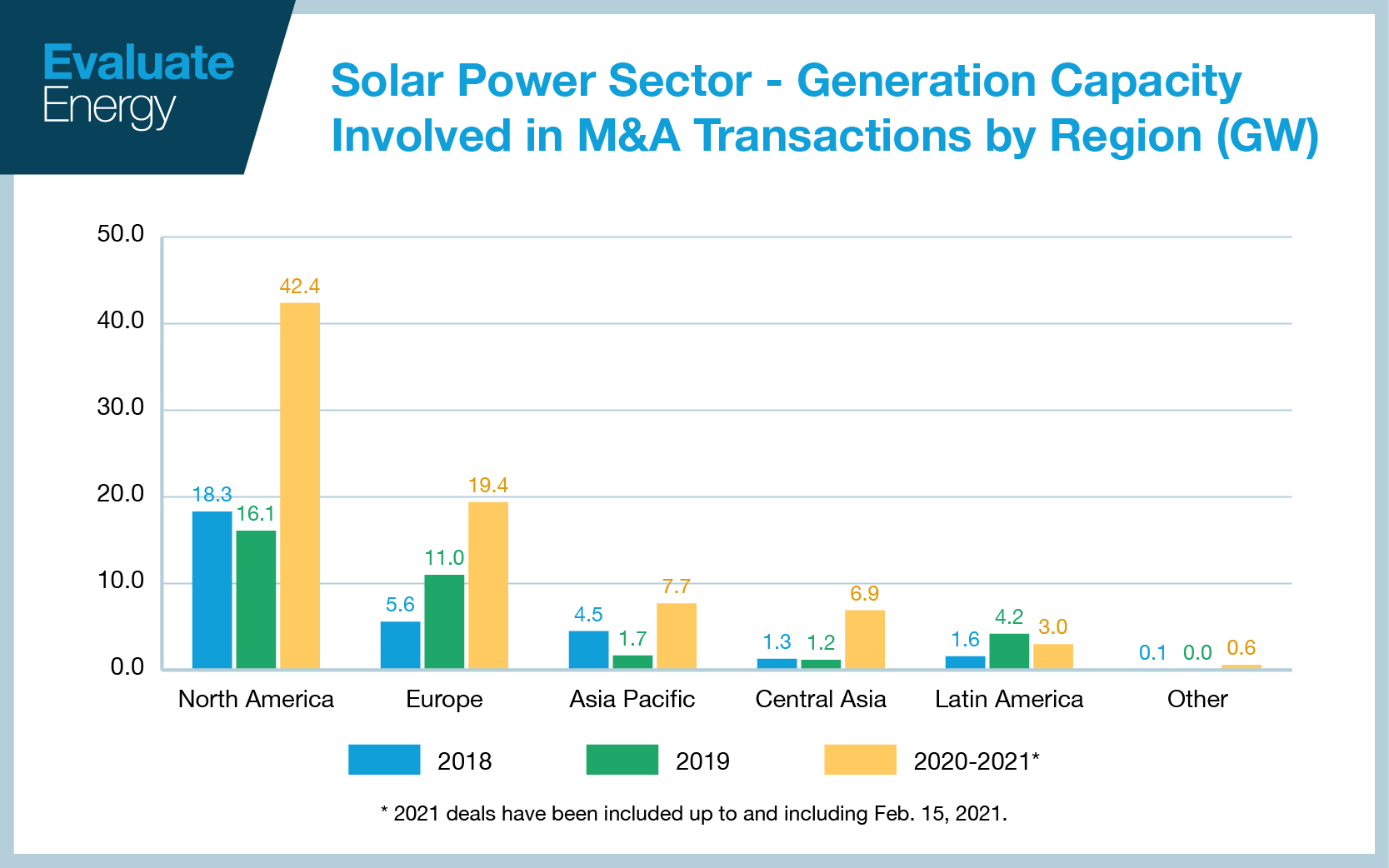 Solar power deal making in North American and European markets saw a major uptick in 2020 and early 2021 thanks to growing demand for stakes in future generation capacity.

Click here for detail on these deals on a country-by-country basis.

“We examined deals between the start of January last year up to and including February 15 this year, and the North American uptick compared to 2019 is almost entirely down to acquisitions of future capacity in the U.S., so projects that are not yet online and generating power,” said Eoin Coyne, Senior M&A Analyst at Evaluate Energy.

“As the energy transition continues to pick up steam around the world, gaining access to a growing U.S. solar power generation space has clearly become a priority over the past 12-15 months or so for investors.”

36 GW of the 42 GW (86%) of solar power generation capacity involved in U.S. deals since the start of 2020 was for future planned capacity. More on recent U.S. solar deal making in recent years can be found in this free Excel download.

“Europe’s increase was driven by major increases in capacity changing hands in Spain, while the smaller but no less significant increases in activity seen in the Asia Pacific and Central Asian regions were caused primarily by upticks in capacity being dealt for in Japan and India, respectively.”

Details on Spanish, Japanese and Indian solar power deals since 2018 are included in our latest Top 10 dataset, which ranks all countries based on solar sector deal count between January 1, 2020 and February 15, 2021. Canadian data is also included. The data shows the capacity that changed hands in 2018, 2019 and the 2020-2021 period discussed above, as well as the future and existing generation capacity breakdown for 2020-2021.