Norway’s oil and gas powerhouse Statoil ASA has finalised its exit from the Canadian oilsands and is by no means alone in a list of high-profile internationally-based operators to agree a sale of Canadian upstream assets during the past 12 months.

Statoil (Oslo:STL) is selling its interest in the Kai Kos Denseh project to Athabasca Oil Corp. (TSX:ATH) for an initial Cdn$578 million. Analysis of this transaction can be found here.

Other significant sales agreed upon in 2016 by non-Canadian companies include:

Despite all of these deals, 2016 was hardly a complete exodus when it came to foreign-based companies and Canadian M&A deals. For example, Calgary Sinoenergy Investment Ltd., a Chinese firm, acquired Long Run Exploration Ltd. in June for Cdn$770 million. 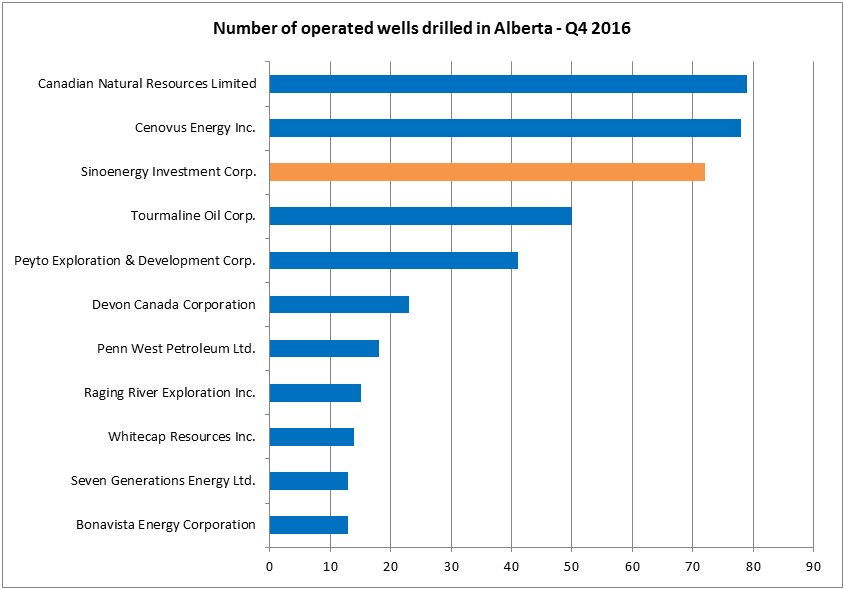 Rig locator’s market share data also shows that Sinoenergy’s surge in new wells has greatly benefited contractor Bonanza Drilling Corp. In Q4 2016, the company nearly tripled its Western Canadian well count on Q4 2015 by drilling 85% of Sinoenergy’s wells in the period. In fact, behind Precision Drilling Corporation, Bonanza was Alberta’s second most active drilling contractor in Q4 2016, compared to 8th most active a year before.

Rig Locator’s quarterly market share review of Western Canada is available to all Rig Locator members now. A free sample of the report can be downloaded here.

Click here for more information on a rig locator membership.