The Permian Basin was the U.S. upstream sector’s top acquisition target for the fourth year in a row in 2017, according to new data from Evaluate Energy.

As part of a new report that analyses the key M&A trends around the world from the past 12 months, Evaluate Energy shows that the Permian Basin dominated M&A headlines in the U.S. sector with $26.4 billion in new deals announced. This total was almost $15 billion greater than the $10.9 billion in new deals seen in the Marcellus shale, the next most popular acquisition target in terms of dollars spent. 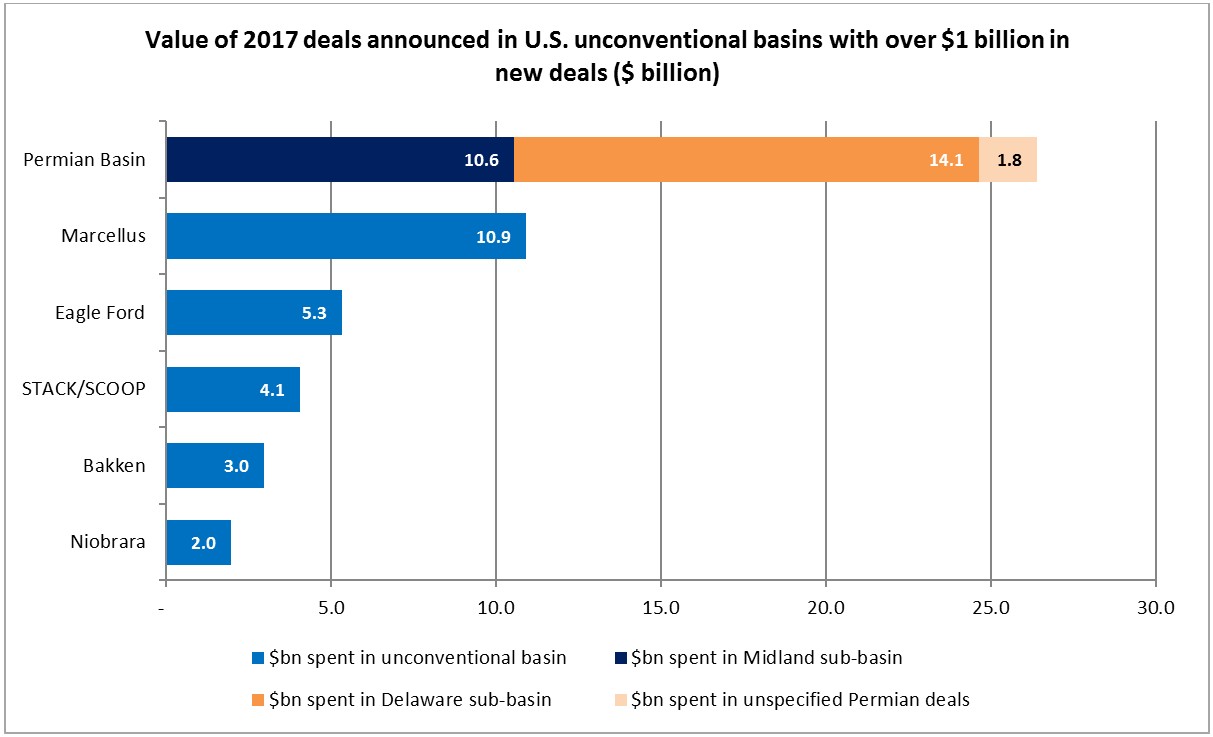 “While the Marcellus shale did have a big year, and also recorded the largest individual U.S. upstream deal of the year with EQT Corp. acquiring Rice Energy Inc. for US$8.2 billion, the activity here just doesn’t match up to the Permian,” said Eoin Coyne, lead author of the new report in his role as Senior M&A Analyst, Evaluate Energy.

The Permian doesn’t only stand out in terms of the U.S. domestic market, either.

The US$26.4 billion invested in new Permian Basin deals, while marginally lower than the US$27.1 billion recorded in 2016, means that the Permian accounted for 16% of the total value spent on upstream deals last year worldwide.

“The total spend in the basin did slightly decrease from last year, but it would be wrong to infer any waning of interest,” continued Coyne. “It is likely a combination of less distressed asset sales and a stronger oil price. Buyers and sellers have probably just found it harder to agree on a strike price. For the deals that have been agreed, we can see much higher values per acre in 2017 than a year before.”

More information and analysis on 2017’s M&A activity in the Permian Basin and across the U.S. can be found in the Evaluate Energy report, which is available for download at this link.