Analysis using CanOils Assets shows that production from private operators in British Columbia has increased by 76% within one year, based on July production figures. In July 2016, private companies were the operators of just over 56,000 boe/d, compared to 32,000 boe/d a year earlier. 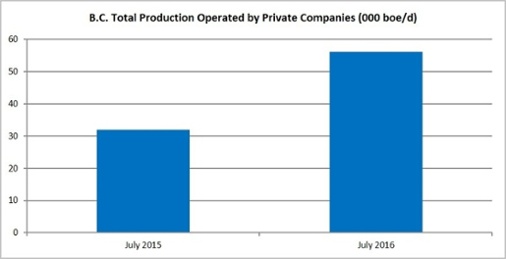 The biggest private producers – based on operated production – are located in the areas of the Montney. This is perhaps unsurprising given the surge in activity over the past few years within the areas of one of Canada’s premier plays.

Canbriam Energy Inc., is British Columbia’s largest private producer, based on operated production as of July 31, 2016. The company operates in the Altares region of the Montney, and its operated wells produce around 22,300 boe/d. Every other private producer that operates volumes of over 1,000 boe/d is also located in the area of the Montney, apart from GS E&R, a South Korea-backed entity with 1,500 boe/d in the Liard Basin. 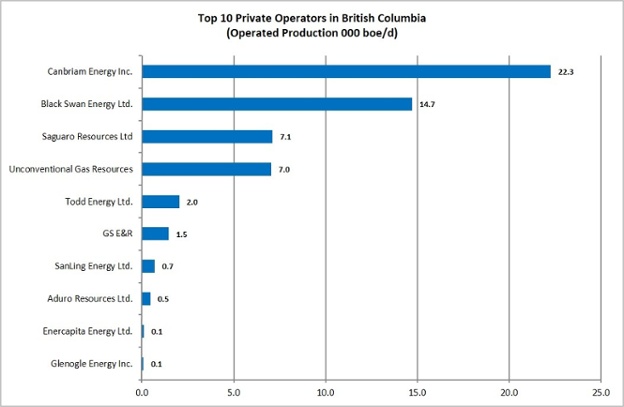