The opening seven months of 2016 have brought a revival in the Canadian E&P space following an extremely lacklustre end to 2015, when very few deals were agreed in light of an uncertain and inhibitive pricing environment.

In CanOils latest monthly review of deals in the Canadian E&P space, the largest single deal of the year so far is featured – the full report can be downloaded at this link. 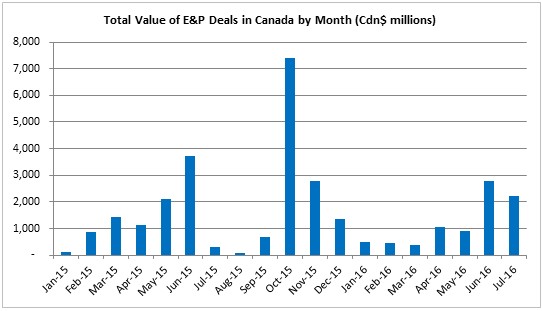 The consideration of Cdn$1.9 billion will be made up of Cdn$475 million in cash, 33.5 million Seven Generation shares and the assumption of around Cdn$584 million of Paramount debt. By acquiring these assets, Seven Generations is boosting its portfolio with a further 199 million boe of 1P reserves, 30,000 boe/d of production in the company’s core Kakwa River area and 155 net sections of Montney land. 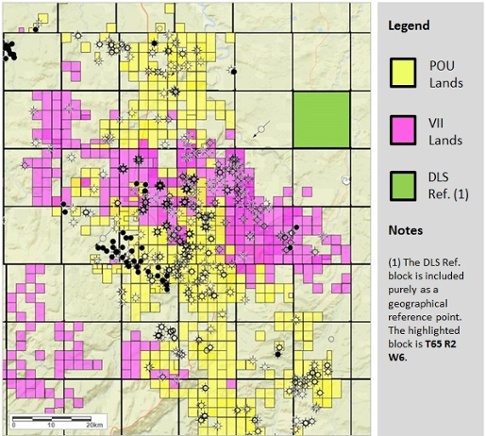 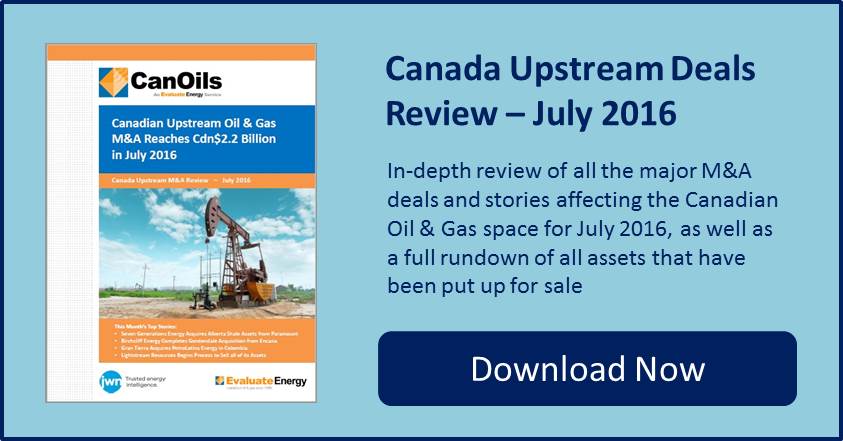 Since Q4 2014, when the price downturn really began, Penn West has sold assets in deals worth a total of Cdn$2.5 billion, all aimed at reducing total debt. This single Cdn$975 million asset sale results in a markedly improved capital structure; Penn West now says that the company is in the top tier of its peers in terms of all significant debt metrics.

Suncor Energy Inc. (TSX:SU), following the Cdn$6.6 billion deal to acquire Canadian Oil Sands Ltd. at the start of 2016, increased its stake in Syncrude by a further 5% in June when it completed its Cdn$937 million deal with Murphy Oil Corp. (NYSE:MUR). This now means that Suncor’s stake in the Syncrude project is 53.74%. Murphy Oil had been a participant in the Syncrude project for over 22 years.

Encana Corp. (TSX:ECA), after making two asset sales of over Cdn$1 billion in the United States in the latter half of 2015, has now completed a significant asset sale in Canada. Birchcliff Energy Ltd. (TSX:BIR) is the acquirer and has parted with Cdn$625 million for Encana’s wells and leases in the Gordondale area of Alberta. The assets (65% gas weighted) are located in the Peace River Arch region and the target formations are the Montney and Doig resource plays. 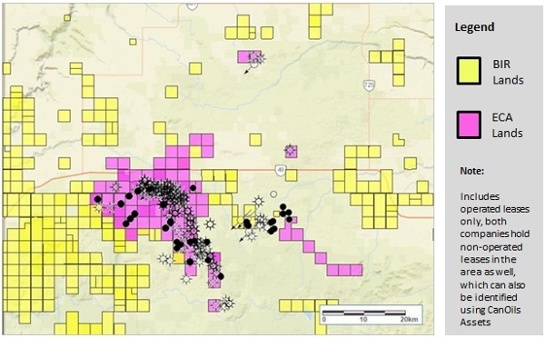 Whitecap Resources Inc. (TSX:WCP) acquired assets in southeast Saskatchewan from Husky Energy Inc. (TSX:HSE) for Cdn$595 million. The deal increased Whitecap’s production by 11,600 boe/d and also increased the company’s oil weighting by 3% to 79%, as the assets being acquired produce 98% oil and NGLs.