Deals in the United States and Canada were responsible for around 84% of the $93 billion in upstream deals agreed worldwide in Q4 2020, according to the latest data from Evaluate Energy. 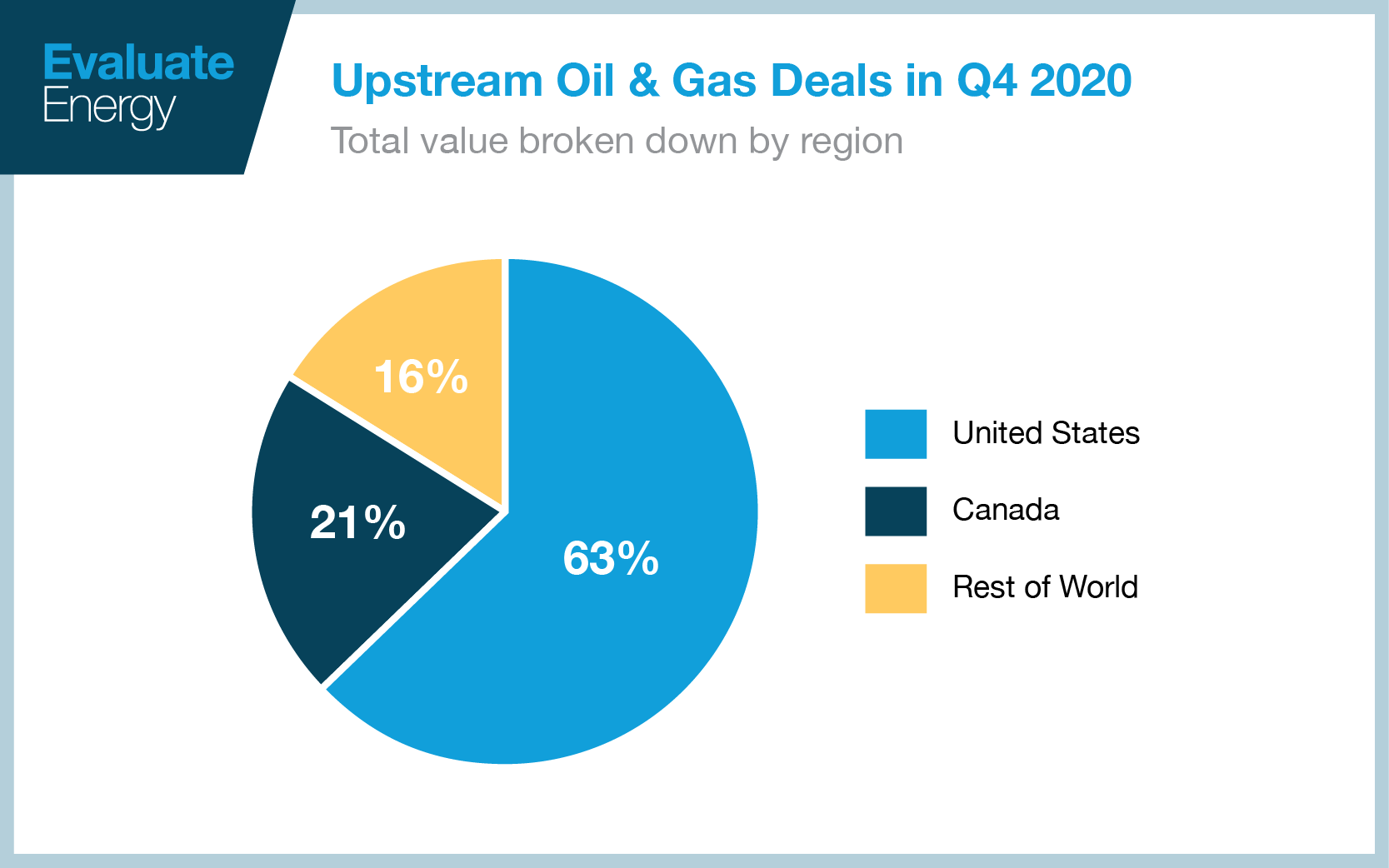 A list of the top 10 countries, ranked by value of Q4 E&P deal activity, and details on the largest deal to be agreed last quarter in each country, is available for free download at this link.

For our full review of all 2020 M&A activity, download Evaluate Energy’s latest M&A report at this link.

“Canada made up 25% of all North American deals thanks primarily to the major oilsands merger of Cenovus Energy and Husky Energy and a handful of lower-value corporate acquisitions by Whitecap Resources and Tourmaline Oil,” said Eoin Coyne, Senior M&A Analyst at Evaluate Energy. “This was the first time Canada accounted for more than 20% of both North American deal totals and global deal totals since Q2 2018.”

The United Kingdom, thanks almost entirely to a reverse takeover agreement that will see Chrysaor Holdings merge with Premier Oil Plc, was the only other country to see over $1 billion in new deals agreed. Colombia, Egypt, Israel and Russia also made the top 10 list.

The full top 10 ranking is available for download at this link. The data shows the total value of all upstream deals agreed in the top 10 countries. The top individual deal for each country is also included.

Evaluate Energy is headquartered in London and specializes in global oil, gas and renewable energy intelligence.