Around US$6 billion in M&A activity involving UK oil and gas companies has taken place during the first half of 2017 – with more activity predicted for the remainder of the year and into 2018. 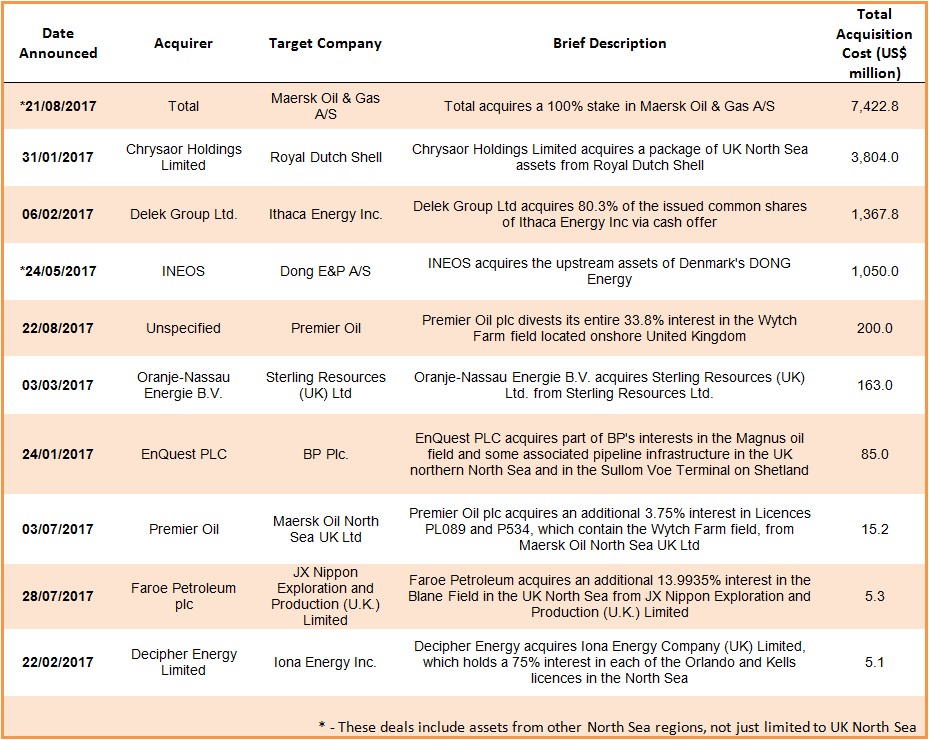 Assets changing hands and the increasing diversity in their ownership suggests that the UK Continental Shelf may start to benefit from a badly needed investment boost, according to the findings of an annual economic report authored by Oil & Gas UK.

“There are still serious issues facing our industry which has suffered heavy job losses since the oil price slump,” said Deirdre Michie, CEO of Oil & Gas UK. “But we are hopeful that the tide is turning and expect employment levels to stabilise if activity picks up.”

The report says low levels of exploration and appraisal activity remain a serious concern with drilling at record lows. Oil & Gas UK said the basin needs further capital investment, as only three new field approvals have been sanctioned since the start of 2016.