Agreeing M&A deals has proven to be difficult for E&P companies in early 2022.

Upstream Q1 deal values are 47% down on the five-year quarterly average as rising commodity prices alter the market dynamic for buyers and sellers, according to new analysis.

Evaluate Energy’s latest M&A report – available for free download here – shows that just $19 billion in new upstream deals were agreed in Q1. This represents a significant decline in activity despite surging oil and gas prices and continued relaxations of Covid restrictions around the world. Q1 saw WTI hit a peak of $123 per barrel, while gas prices rose sixfold in parts of Europe. 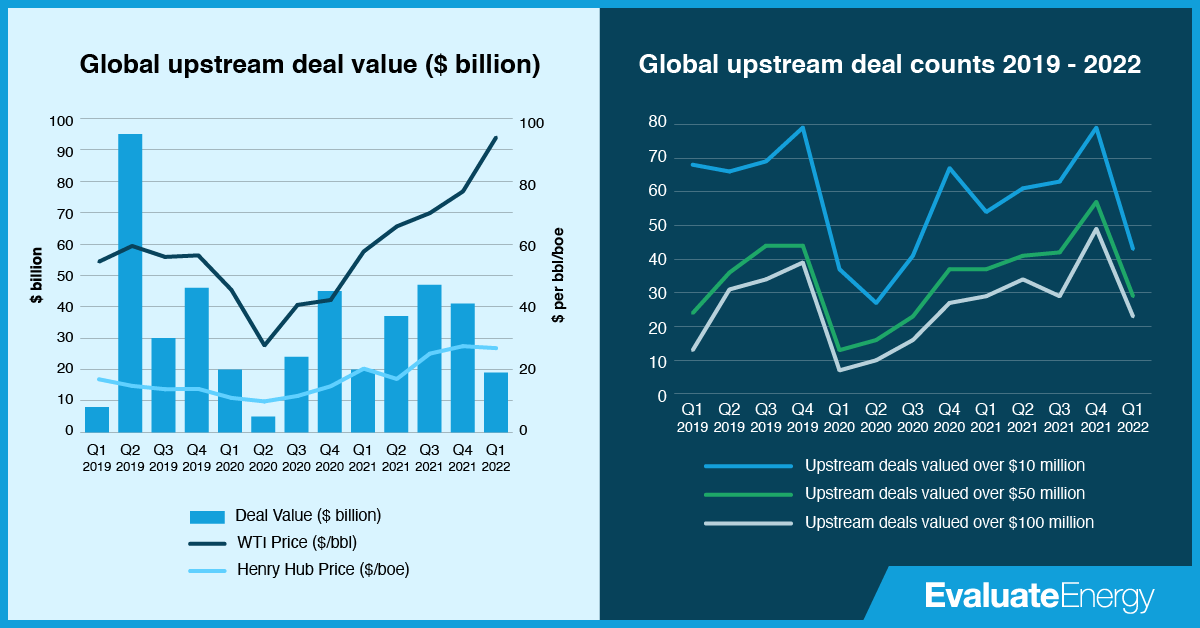 “The prices have created a market where buyers and sellers are reluctant to act. Total deal values are 54% down on the prior quarter and 47% down on the five-year quarterly average,” said Eoin Coyne, Senior M&A Analyst at Evaluate Energy and report co-author.

“Deal counts also fell significantly. Potential selling companies have lacked impetus to part with assets contributing to healthy profits unless a very strong offer is delivered, while buyers are wary to match valuations at what is potentially the top of a price cycle.”

Evaluate Energy’s latest M&A report provides further analysis on the impasse between buyers and sellers in the current market, as well as information on the key deals that were agreed in Q1.

Included in the report: