Drillers of horizontal wells in Northern British Columbia face, by some distance, the highest average day rates for rigs in Western Canada, according to new data.

PSAC’s new Well Cost Study for Winter 2016 reveals that rig day rates in Northern B.C. can average up to 60% more expensive for horizontal drilling than the equivalent costs in other Western Canadian PSAC regions.

Each of the four type horizontal wells in Northern B.C. (see “BC2” on the chart below) face daily rig costs that are typically 60% higher than the two cheapest regions in the PSAC study – East Central Alberta (AB3) and Manitoba – where costs are more in line with a vertical well. 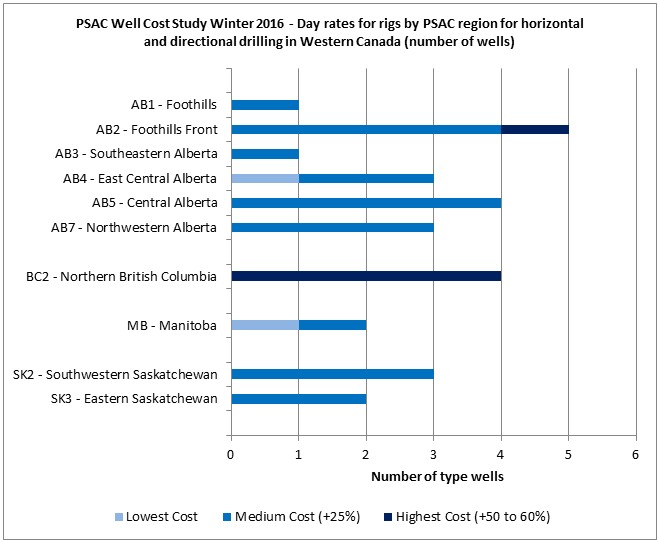 The four typical wells in Northern B.C. also face among the highest overall rig costs, i.e. the day rate multiplied by the number of days for which the rig is required. They are among wells with the greatest overall measured depth, which means they take longer on average to drill, and therefore require a rig for more days. The total measured depth is the combined length of both the vertical and horizontal portions of the wellbore.

The top 10 type wells included in the PSAC Study ranked in terms of overall rig costs are listed below. 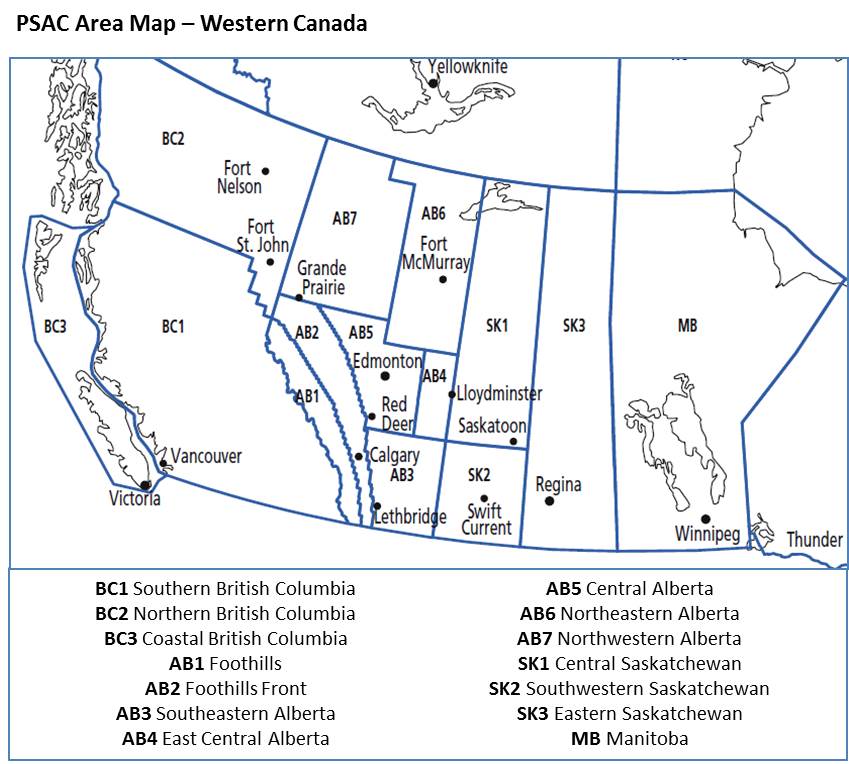