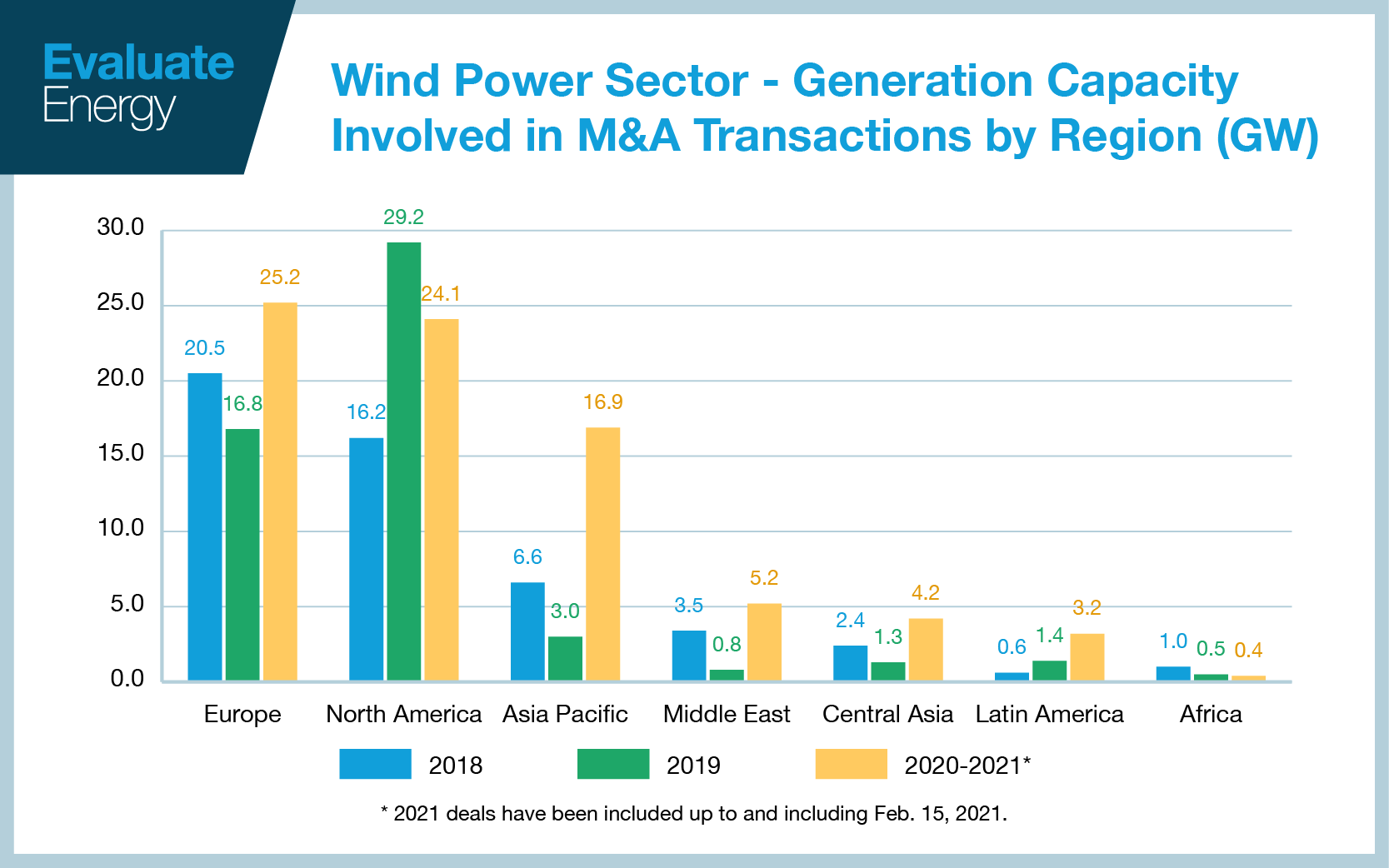 Wind power deal making in European and Asia Pacific markets saw a major uptick in 2020 and early 2021 thanks to growing demand for stakes in future generation capacity.

Click here for detail on these deals on a country-by-country basis.

“We examined deals between the start of January last year up to and including February 15 this year, and the European uptick compared to 2019 is significant with deals in France and Poland particularly notable,” said Eoin Coyne, Senior M&A Analyst at Evaluate Energy. “Capacity included in wind power deals doubled over 2019 levels in 2020 and early 2021 in both countries.

Details on French, Polish and Australian wind power deals since 2018 are included in our latest Top 10 dataset, which ranks all countries based on wind sector deal count between January 1, 2020 and February 15, 2021. Download the data here.

“The data also shows that the majority of the deals in both regions are for projects in progress or under construction – therefore future capacity, rather than existing facilities that are generating power right now,” added Coyne.

“With new and bolder climate targets being set all the time by nations and corporations around the world, being part of the wind sector’s growth is an attractive prospect for acquirers and investors alike.”

To download data on the 10 most active countries by wind sector deal count, click here. The data includes details on the capacity that changed hands in 2018, 2019 and the 2020-2021 period discussed above, as well as the future and existing generation capacity breakdown for 2020-2021.